A Baker's Life: a self-indulgent low for Paul Hollywood 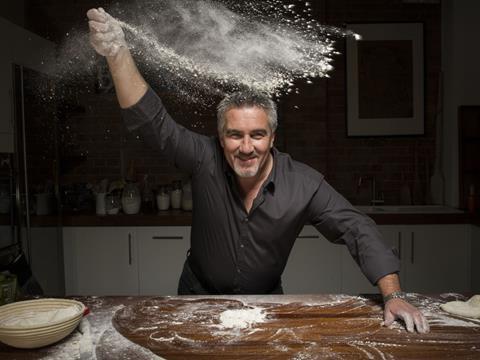 We always knew Paul Hollywood was just a bit in love with himself. The cheesy winks. Daring to cheek our beloved Berry. Those cringey ‘Hollywood handshakes’ delivered like he was handing out bloody knighthoods. But few could’ve predicted he would’ve stooped to the self-indulgent lows of full-blown series A Baker’s Life (Channel 4, 4 December, 8pm) mapping the mundanity of his sibling rivalry, report cards and early career for the nation’s ‘entertainment’.

Over 30 gloriously tedious minutes we were treated to the thrills of Hollywood’s early childhood in the Wirral with two brothers and a father so wrapped up in his floury baps he hardly saw his kids. Stories of Hollywood toddling off to a cake shop before he could eat solids are chuckled over by the baker and his mum as they tuck into homey ginger biscuits.

Then it was off to the local church where Hollywood and his millionaire’s shortbread wooed a microcosm of his loyal fanbase - old ladies and tiny children. “We’ve all messed up at some point in our lives and it was a code to fall back on,” reflected the baker, as he passed judgement on a pensioner’s Victoria sponge.

A mix of bouncer, body builder and big softie (his words, not mine) Hollywood and his terrible hair then went and led an “unspectacular school life” before a quick stint studying sculpture and then his fateful first job at his dad’s chain of bakeries.

For the rest of Hollywood’s scintillating biopic tune in next week. Or stare at yourself in a mirror for half an hour. Equally self-involved endeavours.