Shopgirls offers an insightful look at the history of retail 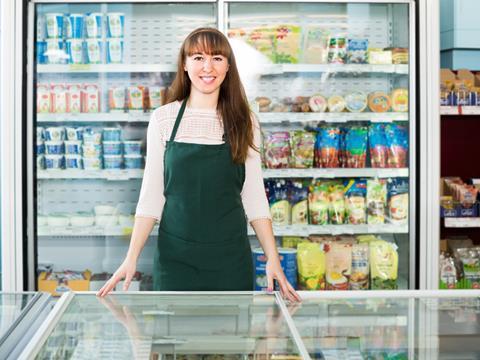 Look far enough back in the history books and it can be like holding a mirror up to the patterns of the present day. Intentional or not, that felt like the takeaway from Shopgirls: The True Story of Life Behind the Counter (BBC4, 27 June, 9pm), which explored the life of shop assistants at the turn of the 20th century, as Victorian era servitude transformed into a respected profession.

Life was grim for the quarter of a million women working at shop counters in the late 1890s. Required to live above stores ‘under the tyrannical rule’ of shop owners and fined for breaching any one of hundreds of petty rules (flowers displayed in dorms or skirts three inches too short), they were overworked and underpaid.

Then, slowly, came the advent of the unions. Secret articles distributed to newspapers saw the realities of shop life filter into middle class homes. The first co-ops began to take shape with the establishment of the Co-operative Women’s Guild and the campaign for the first minimum wage, or living wage, as leader Margaret Llewelyn Davies termed it in 1910. A century later and the fight continues, as campaigners battle for fairer pay and conditions on the shopfloor.

Then there was the look back at US influences, as British shop owners delighted in the grandiose department stores and professionally trained shop assistants in New York and looked to emulate them in 1920s London. Again there’s the whiff of déjà vu as supermarket CEOs experiment with supper clubs and wine bars, just as the US has been doing for years.

History seems almost bound to repeat itself. Which is why this insightful look back at the evolution of retail made for a very relevant watch.