Dispatches: The Secrets of Amazon barely lifts the lid 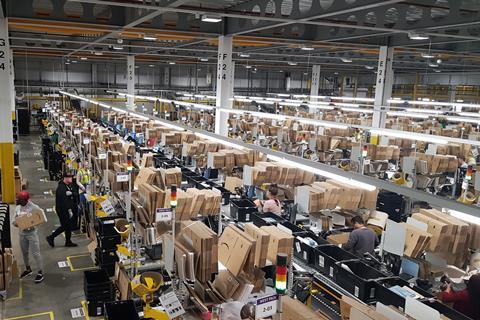 Brits are bonkers for Amazon.com’s ultra-fast delivery of nearly anything one can dream of. But few question how Jeff Bezos’ e-commerce behemoth manages to provide such a slick service - and at what cost.

Dispatches: The Secrets of Amazon (Channel 4, 10 November, 8pm) sets out to reveal the inner workings of the company behind the smiling boxes. Ultimately, though, it barely lifted the lid.

An undercover reporter was sent on a four-week training programme at an Amazon warehouse, during which they would learn to be a ‘stower’ - opening deliveries from suppliers and placing items on the right shelf on the right stack.

The floor manager- their voice ominously lowered two octaves for anonymity - seemed equal parts fair and threatening. Quality was more important than speed they said, but remember “every second you stow, they know”. Go to the loo whenever you need to, they added, but “make sure you go quick”.

The undercover reporter’s colleagues complained of painful feet and nerve damage. Confusion reigned during a fire alarm test. Dodgy plastics were found in products. It appeared recycling initiatives were being ignored.

Amazon had a corporate-speak statement for every point put to them.

The rest of Amazon’s supposed evils were skipped over at rapid rate: its legal yet meagre tax bill, its “creepy-intrusive” online ad tracking, its Alexa listening devices of which one expert said “you are being surveilled at a very personal and very intimate level, inside your home”.

Disturbing? A little. Will I keep using Amazon? A lot.