The Great British Bake Off: celebrities put on a good show 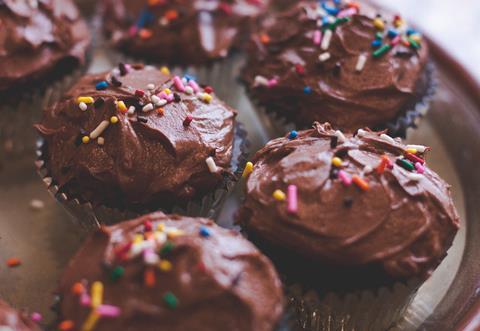 So passionately do contestants now covet the famous Great British Bake Off trophy that we’ve had arctic rolls flung in rubbish bins, custard thieves and enough tears to flood the famous tent twice over. Which is what made the Stand up to Cancer celebrity special (Channel 4, 10 March, 5.30pm) such a nice change. With nothing more to win than a “powerful orange apron” the four celebrities ploughed all their energy into putting on a good show for a great cause, rather than worrying too much about a showstopping bake or a Hollywood handshake.

It meant we had John Lithgow reviving his Yoda for Noel Fielding while simultaneously crafting Winston Churchill out of gingerbread. Russell Brand carving the “cosmic portal of the vagina” out of biscuits as a memento to the birth of his second daughter. And comedian Jon Richardson covering up some pretty decent baking skills with self-deprecating humour.

The atmosphere rubbed off on the usually more tightly wound judges Prue and Paul, too. No handshakes were dished out, but rarely have the pair broken into hysterics more often, with swiss rolls compared to a “Swiss guard’s discarded underwear”. They were generous with their advice too, gently suggesting paralympian Hannah Cockroft soften her citrus lemon biscuits with a bit of apricot jam.

With no high stakes or future TV career in the balance, this was Bake Off at its original best. Entertaining, creative and gentle Sunday night viewing that made a charity bake sale accessible for anyone.