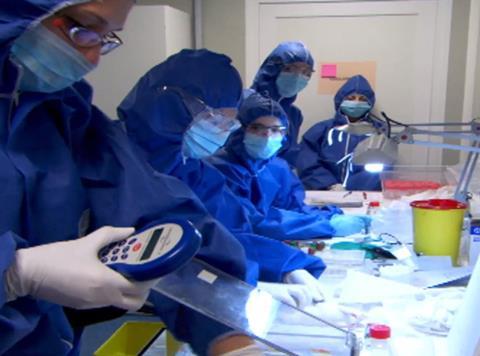 Or as Dr Jonathan Foley pointed out in The New Animals (BBC World Service, 18 February, 8.30am) “the pro-GM side has wrapped itself in a white lab coat” accusing all critics of being “anti-science”. The anti-GM lobby, meanwhile, has indulged in “mythology”, with a chronic lack of knowledge in some quarters.

In fact, so high do tensions run that the Canadian creators of the first GM animal approved for sale in 2015, a salmon capable of growing at twice the speed of a traditional Atlantic equivalent, refused to reveal the retailers they supplied with it, nor would they flag up its origins on pack. It feared its customers would be “unfairly attacked,” claimed Aquabounty president Ronald Stotish. “If we could be assured it would be fairly treated then we’d proudly label it.”

Proponents such as Stotish insist GM animals are not only safe but have the potential to cut costs, boost the sustainability of supply chains and improve animal welfare. Those opposed insist it isn’t safe or natural, that “unintended consequences” could be disastrous, and that GM animals are likely to follow the same mistakes as GM crops, which have already had untold impacts on the environment.

All arguments rehearsed in detail here. But, crucially, at a calm, rational pitch with calm, rational interviewees. The debate provided hope that we might one day be able to discuss the subject like adults.