Tomorrow's Food: a bewildering (or boring) look into the future 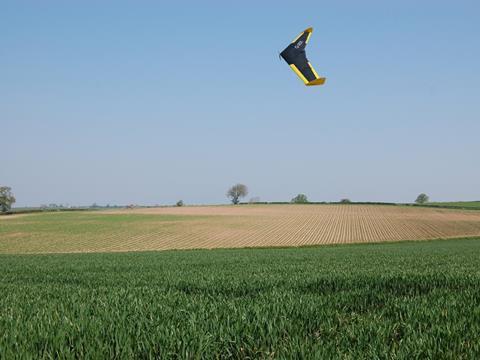 At pains to justify its new primetime slot on BBC1, Tomorrow’s Food (9pm, 23 November) wasted no time self-aggrandising as it aired for the first time this week. “This series will change the way you see food forever,” boasted comedian Dara Ó Briain (an odd choice to front the show) as he strolled through the hi-tech greenhouse at Thanet Earth.

He should’ve kept quiet. Because the clumsy collection of foodie innovations that followed did little more than confuse, bewilder, or bore.

US Army-style rations so packed full of chemicals they had a shelf life of three years were plain confusing. Dried military rations are nothing new, let alone the future. Not that chef Angela Hartnett’s glycerol-stuffed pizza made it look remotely appealing.

Then there were the eerie robotic waitresses dishing up dumplings and programmed compliments to diners in a Chinese café. Even food tech expert Dr Shini Somara was left unconvinced (and a little creeped out) quickly surmising it’s unlikely robots are close to taking over our kitchens. So why did the BBC stump up the cash to fly her out there?

The rest was just boring. In Texas they seed clouds to make it rain during droughts. Yawn. Truckers popping seaweed pills with their morning fry-up lost an average 1.5kg in a month. Who cares?

The drones herding cows had potential. Until it turned out they were little more than remote-controlled planes zooming at slightly perturbed cattle. If this is all the excitement we can expect from the future of food then I for one am thoroughly disappointed.