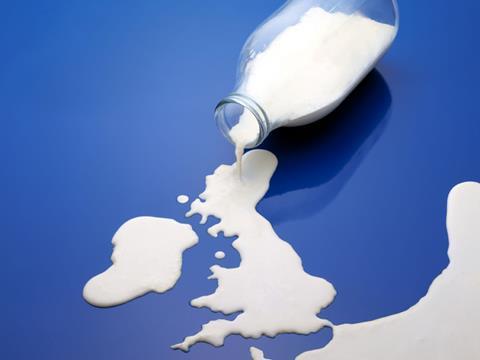 Forceful language such as “shameful” and “bitterly disappointing” welcomed delegates to the National Farmers Union’s annual conference in Birmingham this morning.

This didn’t come from the band of windswept animal rights protestors outside the ICC who were hollering that well known ditty “shame on you NFU”. No, these were the words used by the NFU’s president Meurig Raymond and environment secretary Liz Truss in describing the Labour Party’s proposal to end badger culling if they come into power in May’s general election.

An NFU conference little more than two months ahead of a general election was always going to be politically charged, and this one lived up to that prediction, with Raymond and Truss forcefully pressing home the point that badger culling should continue past May as part of efforts to eradicate bovine TB.

The bacterium was the “single biggest risk” to the dairy and cattle industry said Truss, who warned that ending the culls would endanger UK food security, before adding the well-known Tory barb that the spread of bovine TB –as with everything else – had been worsened by the last Labour government.

These comments drew fulsome applause from the audience, and while Raymond pleaded with politicians to refrain from making the issue a party political matter, it’s clear that battle lines have been drawn, and it will become increasingly difficult to hear both sides of the debate above the pre-election hollering.

Moving swiftly from one politically charged topic to another, the dairy crisis has not been far from the attentions of the conference. Raymond and European Commissioner for Agriculture Phil Hogan said voluntary codes – such as the one employed by the dairy industry – did not work, and called for the Groceries Code Adjudicator’s remit to be extended further down the supply chain. This dismissal of the status quo must have stung somewhat for the NFU, who touted the code as a major political achievement when it was launched in 2012, but Raymond hinted this type of voluntary code may need to be bolstered by some statutory legislation.

Truss added that the government was “looking at this”, but it seems with the coalition now heading for its inevitable divorce, any change to the adjudicator’s remit may take some time.

Delegates also heard calls for compulsory country of origin labelling on dairy products, while combating volatility in the dairy market was a recurring theme, with the prospects of a dairy futures market evidently a matter which remains unresolved. Commissioner Hogan also rejected calls for the European Commission to reduce the “floor price” of 16p per litre when it steps in to buy dairy products directly from farmers.

“I acknowledge there is a problem within the UK’s dairy industry,” he said, but the price had been much more robust across the rest of the European Union, and this did not warrant a “unilateral change in policy for one member state.”

But perhaps the most interesting comment to come from Hogan was his complete lack of fear over the end of dairy quotas. While British dairy farmers worry about a glut of supply from countries like Hogan’s native Ireland, he is firmly of the view it is a positive step and would open up new export opportunities in emerging markets. “Ireland is a small country, an increase in milk production of 20% in Ireland is not going to make a difference to the overall EU market situation,” he said, adding that the overall EU increase in production post-quota was “not significant”.