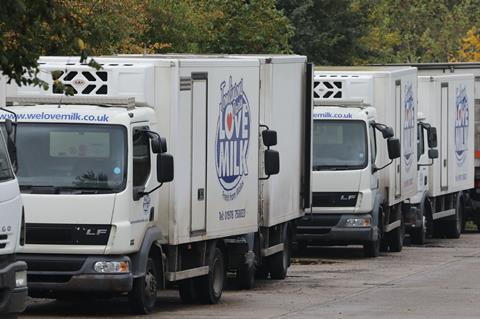 Tomlinsons collapsed into administration on 14 October

The collapse of Tomlinsons Dairies and the crisis enveloping the milk processing sector should be “urgently” investigated by MPs, farming groups have insisted.

Tomlinsons’s fall into administration on 14 October brought into “sharp focus” the issues facing the liquid milk market, said the NFU, which has written a letter – co-signed by other farming unions – calling on the Commons Efra Committee to intervene.

It comes as research by The Grocer last week revealed the UK’s six biggest liquid milk processors made a collective loss of £144m in the 2018 financial year, on £5.2bn sales, a figure that does not include the £7m losses at Tomlinsons over the past two years.

“Tight margins across the dairy supply chain have left us in an unsustainable situation,” said NFU dairy board chairman Michael Oakes. “This issue needs to be at the top of Efra’s agenda once things calm down [after the upcoming general election].”

It was clear the sector “was no longer functioning properly”, added Oakes, with dairy farmers “carrying much of the risk”. The supply chain required all businesses “to achieve sustainable returns”, he said and a more robust market for both farmers and processors.

In depth: Is milk processing in Britain coming to the end of the road?

It comes amid mounting pressure, from both consumers and farmers, for Sainsbury’s to pay the six-weeks’ worth of milk payments due to members of its Dairy Development Group, who supplied Tomlinsons.

It is understood the figure owed to the group of about 40 farmers is in excess of £3m.

Sainsbury’s declined to comment specifically on this issue. However, Oakes said affected farmers had “valued an ongoing dialogue” with the retailer since the collapse of Tomlinsons, while Sainsbury’s was doing “what it can to ensure a positive outcome”.

Sainsbury’s was still facing shortages of milk this week amid logistical issues following the handing of the Tomlinsons contract to Müller. A total of 13 fresh milk SKUs remained out of stock [Edge by Ascential], including all one-pint bottles of milk. Its spokesman said there had been a shortage of specific SKUs, but stressed it had “sufficient volumes in stores”. The issue is expected to be resolved by the end of the week.