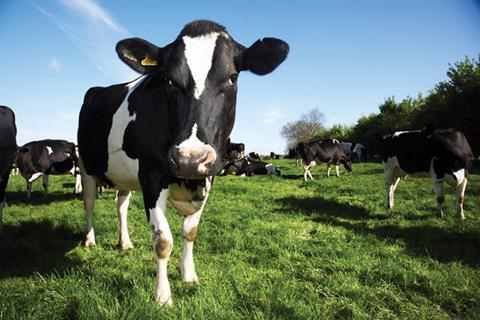 The NFU wants to double British dairy exports over the next 10 years as part of ambitious plans to diversify beyond the UK market.

A lack of alternative markets has meant the dairy industry is now too focused on the domestic market and consequently suffering from the commoditisation of certain products, senior NFU figures said.

The new plans are part of the farming union’s dairy export strategy, launched this week to try and unlock potential opportunities in global markets.

James Osman, the NFU’s chief dairy adviser, said “export is about adding value to milk and making sure that we’re taking advantage of that. We’ve perhaps been too focused on the domestic market over the years, which has led to the commoditisation of dairy products to our detriment.”

Osman pointed to the efforts of countries such as the US, New Zealand and Ireland to boost dairy exports – a strategy the UK has so far lacked. He said France was perhaps the most comparable market, however, as it has both a large domestic market as well as significant exports.

Michael Oakes, NFU dairy board chairman, said the plan was about creating alternative options for both processors and farmers to “keep the industry honest…but at the same time, we certainly don’t want to be shorting our own market”.

The NFU said it wanted a specific Dairy Export Taskforce to be established to help identify the opportunities and the long-term growth areas, as well as engaging with government to try and open up those markets, said Oakes.

The UK government launched its own plans to help boost UK food and drink exports on Wednesday, including appointing more dedicated ‘agri-food attachés’ to act as representatives in markets around the world.

International trade secretary Liz Truss said the measures “will build the capability of our excellent international teams” while having farming experts in posts across the world will help food and drink producers “seize the massive new opportunities in the biggest and fastest-growing markets in the world.”