Lidl and Aldi square up in back-to-school price battle 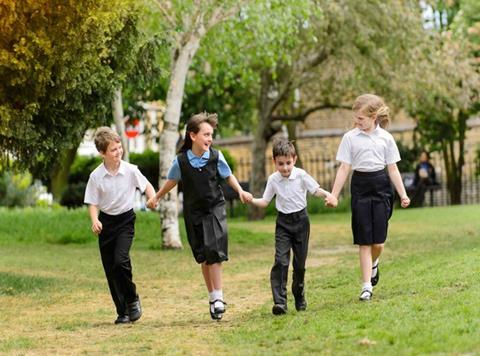 Lidl and Aldi are squaring up in a price battle for a share of the lucrative back-to-school market.

Aldi has today dropped the price of its school uniform range to £3.75 in response to rival Lidl’s announcement, also today, that it was offering back-to-school clothes for the exact same price.

It follows a similar clash last year, when Aldi was forced to cut prices for school uniform after Lidl released its own, cheaper range.

The discounters are fighting it out over a market estimated by Conlumino to be worth £1.45bn in 2015. Back-to-school had traditionally been dominated by the large supermarkets until last June when Aldi significantly intensified competition by launching its own discount school uniform range. This was followed by Lidl the following month, prompting Aldi to slash its original prices.

“We understand that sending the kids back to school is an expensive time for families and we make it our mission to ensure that we aren’t beaten on quality or on price,” said managing director for corporate buying Tony Baines.

“That’s why we’re reducing the price of our package; two polo shirts, a sweater and a skirt or a pair of trousers - to £3.75.”

Lidl’s range, which is being introduced into stores next Thursday, is being marketed as 56% cheaper than Tesco’s school uniform range and had been sold as being 25% cheaper than rival discounter Aldi’s until today’s price drop.

Lidl’s range, which the retailer said had been designed in consultation with users on parenting social media site Mumsnet, includes products priced as low as £1.25 for a unisex sweater and £1.99 for a pair of plimsolls. It includes 26 items of clothing including full school uniform, sportswear, a parka coat and leather shoes.

We have always been committed to helping households save money on everyday family essentials, and school uniforms should be no exception. Customers shouldn’t have to choose between price and quality, which is why we’ve launched this extensive and affordable ‘Back to School’ range, giving them the best of both worlds,” said Lidl UK commercial director Ryan McDonnell.

“Each item of clothing has been thoroughly tested by an independent institute, and importantly they have also been tested by real families via the Mumsnet community, to ensure that they are of the exacting quality that our customers rightfully expect.”