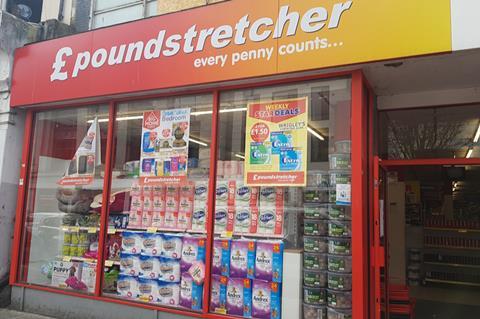 Patel was finance director of both Poundstretcher and parent company Crown Crest Group. He has been replaced at Poundstretcher by Jonathan Foister, according to new documents at Companies House.

His departure from Poundstretcher comes amid a wave of redundancies and store closures at the variety discounter.

The Grocer revealed earlier this month 10 of 23 area managers had been made redundant, along with some buyers and loss prevention staff. One of four regional managers has now also gone.

The job losses come after the retailer secured creditor approval for a company voluntary agreement that puts roughly half its 450-store estate at risk.

Read more: As stores hang in the balance, what has gone wrong for Poundstretcher?

Under the terms of the CVA, the fate of 253 stores is dependent on their performance and landlord co-operation in the coming weeks. The rescue plan also proposed 30%-40% rent reductions on another 84 stores for a period of three years.

Stores to have recently closed include the Littlehampton branch in West Sussex and one in Pembroke, Pembrokeshire. Several branches are understood to be converting to Farmfoods.