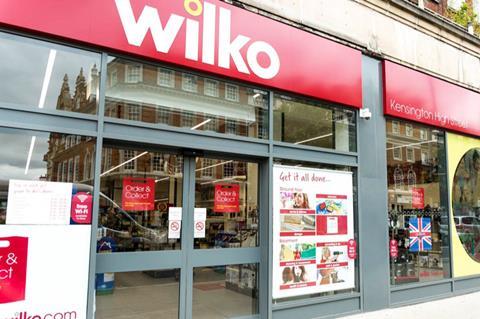 Wilko suffered a 4% drop in annual UK sales to £1.56bn thanks to a ‘challenging trading environment’, according to newly filed accounts at Companies House.

Despite the sales drop, the retailer managed a return to profitability, credited to reduced costs.

Pre-tax profits for the year to 2 February were £34.8m, compared to a £65m loss the previous year.

The group’s strategic report cited Brexit among principal risks and uncertainties and said a working group was in place to ‘monitor developments and act accordingly’.

The pre-tax profits rise was due to ‘improved margin and strong cost control across retail staff costs, property costs and transport costs’.

“Despite a portfolio of 415 stores, Wilko continues to be threatened by rival value general merchandisers B&M and The Range, who are pressing ahead with ambitious expansion plans and opening larger format stores where shoppers can find everything under one roof,” said GlobalData senior analyst Hannah Thomson. “B&M’s store network of over 600 dwarfs Wilko’s, and The Range’s rollout of Iceland food within its shops will give shoppers an additional reason to visit its big box stores.

“Meanwhile, Wilko’s strategy is to focus on increasing sales of its own-brand items, with 54.7% of sales now generated by Wilko brand products. This is sensible, and one of the reasons for its improved margins. But Wilko also needs to focus on growing sales online, as B&M’s non-transactional website leaves Wilko with a clear advantage and opportunity.”