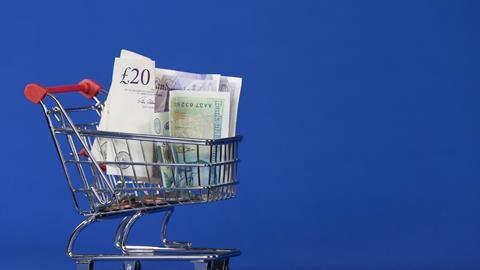 How equal is grocery? The gender pay gap at the supermarkets

When UK businesses published their first mandatory reports on the gender pay gap in 2018, exclusive analysis by The Grocer revealed that women were earning considerably less than men at the UK’s top supermarkets. So three years (and a global pandemic) later, what’s changed?

On average, for every £1 made by a man at the UK’s biggest supermarkets, women will earn 93p, latest data suggests.

That doesn’t necessarily mean women aren’t being paid equally for doing the same roles. It could just reflect the fact there are more women in lower-paid roles than men. But still, it’s not a glowing prospect for women joining the ranks of the UK supermarkets – with eight in 10 still paying their female staff less on average than men.

There has been some improvement over the past few years. Shortly after gender pay gap reporting first became a legal requirement for companies in the UK, analysis by The Grocer found that for every £1 of hourly pay earned by men at the UK’s biggest supermarkets, women earned 85p.

So on average, the median hourly pay gap per £1 has closed by 35p. That’s thanks to improvements from Sainsbury’s, Asda, Tesco, Co-op and Aldi, their latest filings suggest.

When you look at mean hourly pay (see chart below) six out of the 10 UK supermarkets have closed their gender pay gap since 2017, according to their latest filings.

Iceland and Morrisons appear to have made the least progress – with their mean hourly pay gaps actually widening since 2017, their latest filings suggest. However it’s worth noting neither supermarket has filed gender pay gap data with the government since 2018, as reporting requirements for 2019/20 were relaxed because of Covid-19.

“Like many other retailers, we have been focused on the safe running of our business over the past 12 months and therefore took the opportunity provided by the government to delay reporting,” says an Iceland spokeswoman.

“The data provided in this comparison is based on historic information which fails to represent the current picture at Iceland, and we are looking forward to sharing an update on the progress made over the past two years soon. We remain committed to making an improved gender balance a reality across our business and we are encouraged by the progress reflected in our latest data.”

Lidl, which comes out equal per £1 when you consider median pay, has seen its mean hourly pay gap widen slightly by 0.1%. Ocado, meanwhile, still appears to be paying women slightly more than men on average – but that doesn’t mean it has a high proportion of women in the top jobs.

Having similar numbers of women in the top jobs as the bottom creates the appearance of its pay rates favouring women, but women still make up less than a quarter of its workforce at all pay levels.

On growing the number of women in its workforce, an Ocado spokeswoman said: “Our main populations are in logistics, engineering and technology, which are industries that struggle with gender diversity at all levels, so we’re taking significant steps to nurture and grow female talent and hire female talent into leadership roles.”

When it comes to supermarkets with physical stores, Asda now has the smallest mean hourly pay gap of 8.4%. On its last filing, Asda chief people officer Hayley Tatum says: “We are committed to being a diverse and inclusive employer so I am pleased that we have reduced our pay gap again and continue to be significantly below the national average. We are continually looking at ways to improve and, like many businesses of our size, there are challenges with regards to female representation in senior roles.

“This is something we are committed to change and we are accelerating the development of high potential female employees through a number of programmes and initiatives, which will help us keep reducing the gap.”

It’s implemented a number of initiatives to support more women moving into senior roles, including unconscious bias awareness training for all managers, balanced candidate slates and interview panels for all senior hires and setting up a Gender Colleague Resource Group to develop new gender diversity initiatives.

At 17%, Co-op has the widest gap despite a small improvement on 2017, according to its latest filings from 2019. Co-op says one of the reasons for this is that its report combines all sectors of its business, including retail, wholesale, funeralcare and insurance, and the demographic factors involved make comparisons “challenging”.

When looking at bonuses the picture doesn’t get any prettier. On average, for every £1 awarded to men by supermarkets in recognition of their hard work, women will get 74p. We’ve removed Ocado from this average because the low number of women in teams across its business skews the results.

Despite being the self-declared shop of mums, the most cavernous gap is at Iceland, where women will get 56p for every £1 (though, again, it’s worth noting this is based on Iceland’s filing in 2018, so there might have been an improvement since then). Not too far behind is Waitrose, short by 37p.

When looking at the median (above), Aldi doesn’t appear to have a bonus gap and it awarded 46% of women a bonus compared with 29% of men in 2020. However, it didn’t award bonuses during 2017/18, so it’s not included in the comparison table below. When looking at the mean, Aldi’s bonus pay for women is 9% lower than men’s, which would make it the retailer with the smallest gap on the table.

When considering the mean (above), just three in nine companies have decreased the size of their mean gender bonus pay gap since 2017/18, according to the latest filings. Asda, Waitrose and Lidl have reduced it by 2.5%, 3.1% and 2.9% respectively.

Tesco says it got rid of its bonus plan for non-salaried colleagues as part of pay changes in 2019, and as the majority of its workers are in retail, a smaller percentage will recieve a bonus. The requirement from the government is to report on the bonus gap based on actual hours worked, without taking into account pro-rating for part-time working, so if this figure was calculated using the full-time equivalent for part-time employees, Tesco says its overall bonus gap would have closed by 2.8%.

None of the supermarkets are close to having similar numbers of women in the highest-paid jobs as they do at the lowest, apart from Ocado.

There has also not been much progress when it comes to increasing the number of women in the top jobs. Asda has made the biggest progress, with women now occupying 38.8% of its highest-paid jobs – a 4.2 percentage point increase on 2017/18. Aldi, Sainsbury’s and Co-op have also increased the percentage of women in the top quartile.

Everyone else is flat or, in the case of Ocado, Morrisons and Tesco, have fewer women in the top jobs than they did in 2017/18. However, it’s worth noting that Waitrose has the highest percentage of women in the highest-paid jobs at 43%, followed by Tesco, Sainsbury’s and Asda.

Ocado’s male-dominated workforce is clearly illustrated here – with women occupying just 22% of its lowest-paid jobs and 22% of its highest-paid jobs – suggesting it’s got some work to do around hiring more women across its business.

Iceland and Co-op have the biggest gap between the percentage of women employed in the highest and lowest-paid jobs. Although it hasn’t shared its updated data with The Grocer about the proportion of women in quartile four or any of the other metrics, Iceland said its latest data shows “encouraging” progress.

The Co-op also says it is making “good progress” on the number of women in senior roles, which has contributed to a reduction in its gender pay gap.

“A key demographic factor that impacts our quartiles is that about half of our colleagues are employed in customer team member roles in our food stores,” says a spokeswoman. “As a result, nearly all of the lower quartile and lower middle quartile is made up of our CTM roles. The gender split of our CTM population is heavily weighted towards female colleagues. It’s also worth noting that nearly 80% of our roles are on fixed rates of pay determined by collective bargaining, which includes our CTM role.”

To help improve the number of women at the top, Co-op says it has launched a talent development programme with blind applications to reduce bias, supplemented manager guides to address potential bias when rating male and female colleagues, and ensuring part-time workers are set goals reflective of the hours they work.

The mean and the median