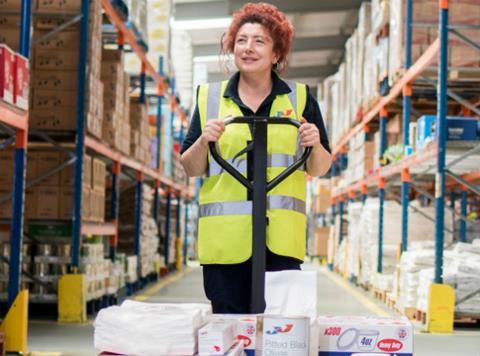 More than half of wholesale MDs and HR personnel want more female representation at board level but believe this is being held back by a lack of applications, according to a new Him report commissioned by Women in Wholesale.

Launched at the WiW speed networking event yesterday, the report is titled ‘Six Steps to Effectively Market Wholesale Careers to Women’ and is designed to support wholesalers and brands with an effective recruitment strategy.

Many wholesalers are pushing for gender diversity in their workforce, with 57% calling for more gender representation and 88% saying it would have a positive impact on their business.

However, the Him report suggests recruitment channels are not effectively targeting women. While 89% of HR personnel use social media to attract talent, a mere 8% of women actually search for jobs on social media. Up to 62% of female applicants go through a specialist recruiter instead.

“There is a will to increase gender diversity within wholesale, but other factors may be holding the industry back,” said WiW founder Elit Rowland. “For example, we may be looking in the wrong places for the best female candidates.

“Employers must also proactively target networks where women operate, and these are often outside of traditional male circles.”

Bidfood head of insight and customer experience Sarah Whiddett added: “It’s important to embrace specialist recruiters, especially if we want to increase the number of women working within wholesale.

“They offer three core benefits: increasing awareness of the sector (a key barrier for women), raising profiles of candidates who perhaps don’t have the same confidence to self-promote as their male counterparts, and raising the issue of flexibility through helping candidates negotiate a balance that works for them.”

The Him report also revealed contrasting views on methods to achieve gender parity. While the majority of HR departments (67%) said that they actively employed females for male-dominated roles, 89% of MDs said that their company didn’t.

“There are some really positive signs for wholesale and this demonstrates that we’re moving in the right direction,” said Him senior research manager Marie Hense.

“However, it’s critical that a recruitment strategy does not work in silo; from the top down, all departments must be on board so a commitment to gender parity sits at the heart of a business,”

Other topics within the report include the effective use of language, which job platforms to use, how to showcase attractive careers and understanding unconscious bias.