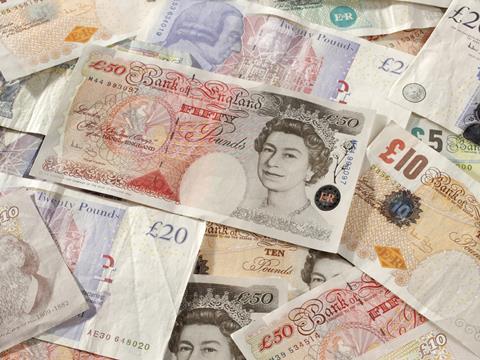 Interest rates in the UK have been slashed for the first time since 2009 as part of a package of measures by the Bank of England to stabilise the economy in the wake of Brexit.

The Bank cut official rates by 25 basis points from 0.5% to an all-time low of 0.25% after a unanimous decision by all nine members of the Monetary Policy Committee (MPC). Governor Mark Carney signalled there was a likelihood of further cuts in the months ahead.

As well as cutting interest rates, the MPC voted to increase the quantitative easing programme, pumping another £60bn into the economy to buy government bonds. It takes the total stock of these asset purchases to £435bn.

The Bank will also buy up to £10bn of corporate bonds from businesses outside the financial sector and a new ‘Term Funding Scheme’ will lend to banks at rates close to the new 0.25% base rate in a bid to encourage them to pass on the lower interest to businesses and households. The Bank predicted the scheme would provide up to £100bn of new funding.

“Following the United Kingdom’s vote to leave the European Union, the exchange rate has fallen and the outlook for growth in the short to medium term has weakened markedly,” the MPC said.

The Bank added that the devaluation of sterling would likely fuel inflation and lead to a rise in unemployment. It predicted little growth GDP in the second half of this year and revised down growth prediction for 2017 from 2.3% to 0.8%.

Chancellor Philip Hammond said: “I welcome the decision of the Monetary Policy Committee. The vote to leave the EU has created a period of uncertainty, which will be followed by a period of adjustment as the shape of our new relationship with the EU becomes clear and the economy responds to that.”

Sterling fell against the dollar and euro in the wake of interest rates cuts and new QE announcement.