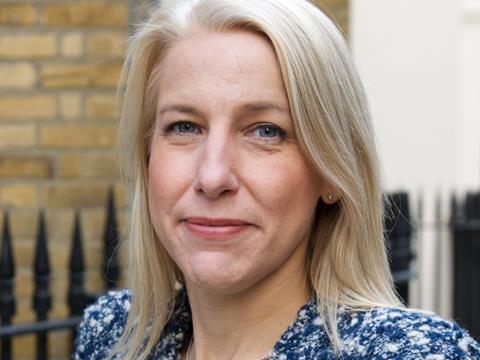 Helen Dickinson, director general of the BRC, said ’we need as much stability as possible’

The food and drink industry has urged politicians to act quickly to tackle uncertainty over Brexit, after today’s shock General Election result.

The FDF and the BRC have both warned against the dangers of a “power vacuum” which could impact on key policies such as rights for EU workers, possible continued membership of the Single Market and trade deals on the future of the Irish border.

Reacting to the result FDF director general Ian Wright said: “The nation has delivered its verdict and the country demands leadership at this uncertain time. Politicians across all the parties must come together to deliver in the national interest so the UK’s £110 billion food and farming industry can continue to thrive. The Brexit clock is ticking loudly and the country will not forgive a failure to act.”

Helen Dickinson, director general of the BRC, said: “Our message is simple: we need as much stability as possible and we need to make Brexit work for the UK. An ongoing power vacuum, further political instability and confusion is a perilous situation when it’s such a crucial moment for Britain’s place in the world. The EU has been making progress on its Brexit position throughout the election period and with formal negotiations due to start soon, there is no time to waste in establishing some certainty and focussing on the issues that matter.”

Liberal Democrat MP Vince Cable, the former business secretary, who regained his seat in last night’s vote, has led calls for the House of Commons to ditch the Tories great Repeal Bill and has already suggested the result could mean the UK staying in the EU Single Market.

Cable said the idea of a ‘hard’ Brexit, had been “turned on its head” after Theresa May failed to secure a majority in her snap election.

Speaking to BBC News, He said: “The phrase ‘Brexit means Brexit’ was always a nonsense, it’s perfectly possible to pursue a form of Brexit that keeps the single market or the overwhelming elements of it.That’s the kind of approach we’re going to have to rethink, the hard, Ukip-style Brexit which Theresa May had adopted – it’s simply no longer a viable option.”

Despite the calls for certainty, government officials have warned that talks on Brexit cannot begin until the political situation after the election is clear.

However, Labour is also calling for the UK to rip up the Brexit White Paper and have a fresh negotiating stance based on retaining the benefits of the single market.

It has also called for an immediately guarantee the rights of the EU workforce, saying it is “shameful” workers have been treated as bargaining chips by the Tories.

Labour has called for the government to drop the Conservatives’ Great Repeal Bill, replacing it with an EU Rights and Protections Bill that will ensure there is no detrimental change to workers’ rights, equality law, consumer rights or environmental protections as a result of Brexit.

Despite its losses north of the border the SNP will also be another powerful voice calling for changes to the strategy on Brexit.

It claims the loss of freedom of movement of labour had the potential to harm Scotland’s rural economy, with around 8,000 EU nationals working in the food and drink sector and up to 15,000 seasonal migrant workers helping harvest fruit and vegetables in the country.

The party promised to fight to safeguard the rights of EU nationals to stay in the UK.

‘To be taken out, not just of the EU, but also of the single market, poses a real and present danger to Scottish jobs - to our farmers … our food and drink businesses and to almost every sector of our economy,’ said the manifesto. ‘Indeed, it has been estimated that leaving the single market could cost 80,000 jobs in Scotland.’