General Election 2017: what the analysts say 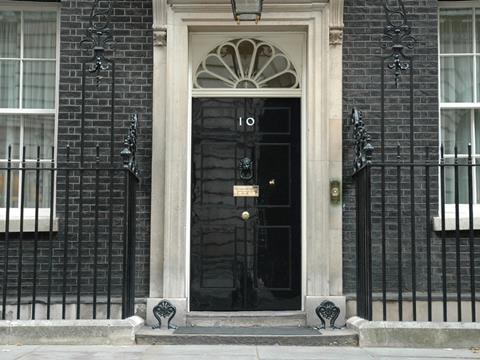 As the shock of this morning’s General Election result began to sink in, organisations from the food and drink industry have been giving their reaction.

Here is what they say:

Chris McCullough, CEO and co-founder at RotaGeek, said: “This election has certainly shaken the political establishment. Regardless of whether it is for the good or not, these results definitely come at the cost of short term volatility. The lead up to election day saw narrowing polls, and once the exit polls suggested a hung parliament it became clear that earlier predictions were yet again wrong. The end results of this election mean that instead of focusing on the incoming Brexit negotiations, our politicians need to focus their attention on two fronts: Europe and the developing Constitutional crisis at home.”

Europe and the Brexit negotiations

“The election was, apparently, called to strengthen the UK’s negotiating hand. Calling an election was, in retrospect, an error on monumental proportions, at a time when the UK needs to focus everything on making Brexit a success. It is unclear how negotiations can proceed without a government in power. ”

“The value of the pound has fallen sharply and trading will be volatile in the immediate term. This won’t help start ups with exposure to foreign markets.

“Seen from a very Darwinian point of view, great things happen in difficult environments. As with Brexit, instability and uncertainty are the basis of change. Start ups and scale ups are built with an inherent agility and are best placed to leverage this opportunity for good. ”

Frm Helen Dickinson, director general BRC, said: “Our message is simple: we need as much stability as possible and we need to make Brexit work for the UK. An ongoing power vacuum, further political instability and confusion is a perilous situation when it’s such a crucial moment for Britain’s place in the world. The EU has been making progress on its Brexit position throughout the election period and with formal negotiations due to start soon, there is no time to waste in establishing some certainty and focussing on the issues that matter.”

Ian Wright CBE, FDF director general, said: “The nation has delivered its verdict and the country demands leadership at this uncertain time. Politicians across all the parties must come together to deliver in the national interest so the UK’s £110 billion food and farming industry can continue to thrive. The Brexit clock is ticking loudly and the country will not forgive a failure to act.”

Charles Hall, head of research Peel Hunt, said: ”It will take time for the dust to settle and we will all have to get used to a protracted period of political uncertainty regarding the structure and longevity of any ruling party/leader. In this environment, it would seem sensible to assume that sterling weakness is extended and prospect of recovery is diminished. The uncertainty is likely to ensure that interest rates remain on hold and that bond yields are depressed.

Dr John Lee, SGF’s head of policy, said:  ”Retailers are suffering from the cumulative impact of cost increases. The national living wage has fallen most heavily on the retail sector with over half a million workers being effected and these constantly increasing staff costs must end. We need a national living wage that reflects underlying economic conditions and the ability of different industry sectors to absorb increased staff costs.”

James Hookham, Deputy CEO, FTA, said: “This morning, UK exporters and importers are waking thinking what does the election result mean for Brexit, and the potential impact on my supply chains,” “After four weeks of campaigning for the General Election, vital time has been lost to prepare for the crucial Brexit negotiations. It is now imperative that that the new government focuses its efforts on supporting the logistics sector to ensure that business can continue to trade efficiently with our EU customers and suppliers.

“Exiting the customs union threatens the imposition of tariffs, border checks, Customs declarations and huge amounts of bureaucracy for the significant number of UK businesses that trade in the EU, and the logistics organisations that deliver it for them. Negotiating a replacement trade deal that avoids these would require a strong and convincing mandate, which the Election has now put into doubt. The importance of frictionless arrangements for UK trade with the EU, particularly with Ireland, means that the decision to leave the customs union should be reviewed as a matter of urgency, and other ways of achieving a positive outcome for Brexit should now be considered.”

Dr Judith Bryans, chief executive of Dairy UK, said: “Dairy UK is committed to working constructively with Government to ensure that the importance of the British dairy industry is recognised and given due prominence in Brexit negotiations. The general election result has added a further dimension of uncertainty to the situation, however, regardless of the political situation, it is imperative that the importance of dairy is recognised when negotiations begin.

”The UK dairy sector is already internationally competitive, but the UK industry has considerable potential for growth. Brexit will likely herald a range of challenges and opportunities in the UK and internationally. ”We are an industry that employs 80,000 people throughout the UK. We are an integral part of the nation’s food chain, providing safe, nutritious and value for money foods that are consumed in 98% of UK households.

The industry is already resilient. As we approach Brexit, it has never been more important to recognise the significance of dairy and the sector stands ready to assist the Government in anyway during the negotiating process. We must ensure that consumers will continue to enjoy their favourite dairy foods far into the future.”

Carolyn Fairbairn, CBI director general, said: “With a new Government, there has never been a more important time to refocus on the economy and plan with confidence and ambition. The next Government needs to deliver an open, competitive and fair post-Brexit economy that works for everyone across all our nations and regions. This can only be achieved if the next government doesn’t put the brakes on business, remains open to the world and sets out a pro-enterprise vision.

”We need to move much faster to fix the foundations of the UK economy and our productivity problem. We need meaningful progress on a modern industrial strategy by the end of the year, with real change on the ground on skills, infrastructure and innovation.

”With only ten days before Brexit talks begin, the UK needs to be fast out of the blocks. Agreeing transition arrangements and guaranteeing EU citizens’ rights should be early priorities to get the talks off to a good start and show to the world that trade and people come first.

“Firms will support the UK develop our inclusive, innovative and open economy. More than ever, the new Government must work together with business to make the most of the opportunities ahead. Firms can provide the evidence, ideas and solutions from the shop, office and factory floor to secure our future prosperity.”