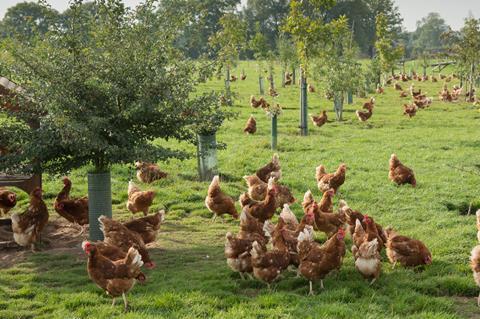 The tool will launch as part of a new BFREPA costings portal next month and will allow farmers to see how the price they get paid for their eggs compares with others across the UK.

Free-range producers will be able to enter specific details of their flock – including bird numbers and production figures – and will then be able to compare their contract price in a league table format. The name of each farm’s packer would be visible to users, but all other data would be anonymous to encourage participation, the trade body said.

The launch of the portal follows a series of warnings by BFREPA in recent years that egg producers were being short-changed by contracts that held them to unrealistic terms on grading, pricing and exclusivity.

Egg contracts not worth paper they are written on: trade body

“Following spikes in retail egg demand, packers are offering potential new producers attractive prices to produce free range and organic eggs in variable price contracts that provide no commitment to maintain those prices once they have been signed,” said BFREPA CEO Robert Gooch.

“As a result there are currently a huge range of producer prices in the market, ranging from below cost of production, to producers tied into variable price contracts, to good prices to tempt new entrants into production,” he added.

“Given this variability, the portal will provide the sector with some transparency about what is happening in the supply chain, particularly for retailers who will be able to see if the cost of production price increases given to packers are being passed down to contracted producers.”

BFREPA will also unveil new research by consultancy ADAS next month into the impact the series of ‘cage-free by 2025’ commitments the major supermarkets and foodservice suppliers have signed up to over the past four years. It will look at whether demand for free-range eggs is likely to increase, or whether other systems such as barn egg production could become more popular.

Some producers have warned the rush to ditch the so-called ‘enriched’ caged system could add significant costs to a sector that was already paying off a move out of battery cages at the start of the 2010s.

“We need to look ahead and plan for the future, and this report will help the free-range egg sector to anticipate and prepare for a variety of outcomes,” Gooch said.

“With the new costings portal and the ADAS report we are arming free-range producers with the information they need to make important decisions based on facts and figures, not industry gossip.”