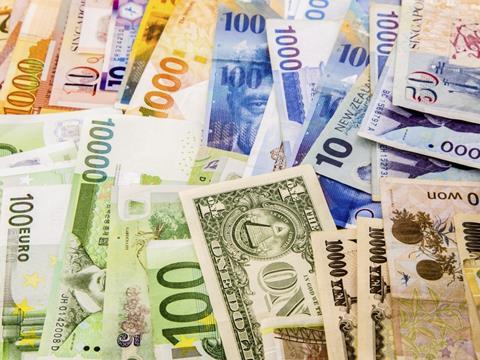 The currencies of Russia, Brazil and South Africa have all weakened

Major fmcg companies have been battered by huge currency volatility in emerging markets.

Companies such as SABMiller, Unilever and Nestlé have exported heavily to developing economies, including Brazil, South Africa and Russia, to mitigate stagnation in the US and Western Europe since the global economic downturn.

But despite robust demand, multinational fmcg companies are now reporting major impacts on revenues from falls in the value of emerging market currencies. The Russian rouble has fallen 17.2% year on year against the pound, while the Brazilian real and the South African rand have also plunged over the same period.

Currency fluctuations had a negative impact of 5.2% on SABMiller’s full-year revenues reported in sterling, while Unilever and Danone both saw currency movement suppress reported first-quarter revenues by 8.9% (reporting in sterling and euros respectively). Weakness against the Swiss franc caused an 8.6% impact on Nestlé over the same period.

Jefferies’ equity analyst Alex Howson suggests fmcg companies would not abandon these growing economies. “We have had extreme currency volatility in emerging markets, but over the long run the underlying growth in these countries is more important,” he said.

The volatility should also provide a measure of deflationary pressure on goods and commodities from emerging markets, with South American beef, for example, potentially becoming cheaper to import.

Fmcg companies have tried to limit currency impacts, but Andrew Woolley, Moneycorp’s executive director of international payments, does not expect a major change of approach. “They might hedge more aggressively in those currencies, but if interest rates start to rise, hedging becomes more expensive,” he said.