Why government must help food and drink startups access manufacturing 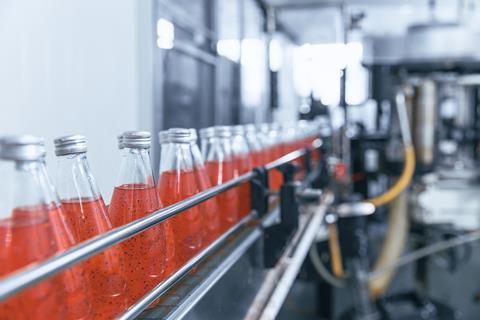 We need to make it attractive for manufacturers to swallow an initially low OEE, which is largely inevitable for SMEs and startups

We all know how critical innovation is in food and drink. Be it experimental flavours, formats and functionalities, or carving out entirely new categories, customers have never been hungrier for a steady stream of NPD on shelves.

Retailers are all too aware of this appetite. It’s why Sainsbury’s has poured so much resource into its Future Brands programme, and Tesco has done the same with its Incubator scheme. In doing so they also recognise two things. First, that innovation is more often than not supplied by the brilliant small businesses that populate our industry. And second, no startup or SME can make it from concept to supermarket shelf alone. They rely on strategic support at each stage of the supply chain, from investors that see early potential all the way to retail buyers that give them that first listing.

It’s why venture capital schemes like the government’s Enterprise Investment Scheme (EIS) and later Seed Enterprise Investment Scheme (SEIS) have been such a big part of driving innovation for the last 30 years. While the EIS essentially helps nudge slightly risk-averse investors by offering them tax breaks when they invest in a business, the SEIS does exactly the same but is specifically designed to incentivise investment in startups. Both have proved a huge success, with more than £18bn channelled into more than 27,000 companies via the EIS alone.

But in food and drink, it isn’t access to capital that’s the biggest barrier to executing innovation. It’s access to manufacturing.

It’s easy to understand why manufacturers are wary of working with startups. Any operations manager will be constantly seeking to achieve ‘overall equipment effectiveness’ (OEE) – meaning each machine is operating at its full potential, as often as possible. Achieving this goal means minimising any potential performance losses, such as the time lost between small batches or reductions in speed due to trial runs. These ‘losses’ are largely inevitable for SMEs and startups in the early stages of their business.

All of which leaves little incentive for manufacturers to partner with a startup or SME. They’d need to accept small volumes and a low OEE, all while providing the extra care and effort that any new business (and product) demands. One argument is that there are potentially significant long-term wins in striking up these kinds of relationships early on in a brand’s career. The startups of today are the Innocent Drinks of tomorrow, and manufacturers that build loyalty in the early stages will be rewarded.

But at Young Foodies, we still hear from our members that more needs to be done. This long-term potential just isn’t enough to sway many operations managers from their OEE targets. That’s why we’re advocating for an EIS/SEIS equivalent targeted toward manufacturers to provide them a financial incentive to work with small fmcg brands.

The reality is we don’t need each one of the 10,000-plus new fmcg brands launched each year to build their own manufacturing site. Not only would this add further financial and logistical barriers to getting started, but it would also be highly inefficient when the manufacturing capacity is already available elsewhere in the UK. Instead, we need to make it attractive for manufacturers to swallow an initially low OEE.

It’s our view that by creating a clear framework of tax relief for manufacturers that open their doors to fmcg startups, the government can provide exactly the type of incentive needed. Moving on this, of course, will require government intervention. But with the track record of EIS and SEIS, it seems like an obvious way to nudge manufacturers towards taking on more risk and funding short-term inefficiencies. The reward will be a steady supply of the innovation we crave.