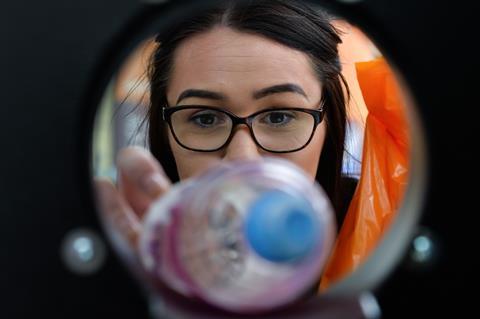 A Plastic Planet said almost eight in 10 Scots believed there should be a variable fee, based on the size of a bottle

Campaigners are pushing for an increase in the 20p deposit proposed for deposit return schemes, even before the system comes into force.

Environmental lobby group A Plastic Planet has joined forces with health experts to call for a variable fee that could see even larger deposits paid for bigger drinks containers.

The campaign is focused on Scotland, which is the furthest ahead with plans for a DRS system. Its DRS is due to come into force in 2021, with the government having proposed a 20p flat rate system regardless of container size.

A Plastic Planet said it had found almost eight in 10 Scots believed there should be a variable fee, based on the size of a bottle, despite ministers having expressed fears such a system would be harder to understand.

A Populus survey of 1,000 adults in Scotland commissioned by the group found 13% said they wouldn’t be able to understand a variable fee system.

Some 77% were confident Scots would be able to understand a variable fee system, with the rest unsure.

A Plastic Planet said a flat-rate deposit system would see consumers pay the same 20p deposit on a 330ml serving of Irn-Bru as a two-litre bottle of the drink, which could have a serious impact on plastic pollution and health.

Norway, Finland, Denmark and Sweden have already implemented deposit schemes in which consumers pay a variable deposit based on the size of the container they buy.

Under a flat-rate DRS, the price of smaller servings in containers under half a litre will increase by a greater percentage than for larger drinks containers.

“Every single year the quantity of plastic bottles we pump out can reach halfway to the sun,” said A Plastic Planet co-founder Sian Sutherland.

“We have an extraordinary moment in history to make real change happen, to dramatically reduce millions of tonnes of virgin plastic used for bottles.

“But all bottles are not equal and to treat them as such with a flat-rate scheme is disingenuous and patronising.”

Professor Alistair McGuire, of the London School of Economics, said: “If we are to make real progress in the fight against obesity and diabetes, we desperately need a DRS that works for public health across the whole of Scotland.

“A variable deposit which goes up in proportion to the size of the container could meet this need.”