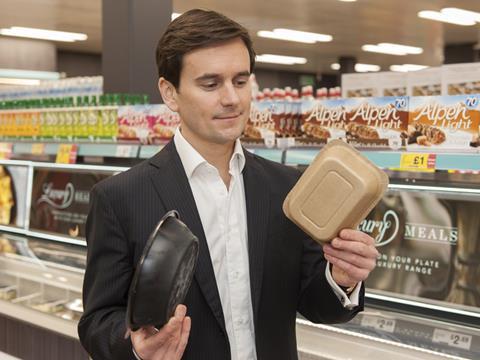 Iceland MD Richard Walker is backing a campaign for the public to go for one day without buying any food or drink packaged in plastic.

The push, called One Plastic Free Day, is urging people to ‘say no to any food and drink packaged in indestructible plastic’ on 5 June.

The initiative has been organised by A Plastic Planet, the campaign group that recently designed a ‘plastic free’ mark that Iceland began adopting on own brand products last month.

Promoting the campaign on Twitter, the group wrote: ‘Imagine if the whole world, for just 24 hours on June 5, decided to #PassOnPlastic, saying NO to any food and drink packaged in indestructible plastic? Imagine just #OnePlasticFreeDay. We are way more powerful than we think when we shop.’

Richard Walker: ‘The genie is out of the bottle on plastics’

Walker has shown his backing in a series of tweets, including one retweeting the campaign group’s call.

He wrote yesterday: ‘The awesome @aplastic_planet making things happen with the launch of #OnePlasticFreeDay.’

That followed an earlier tweet in which he said: ‘Right then! On June 5th let’s all try and do what we can, cutting out plastic where we can. #OnePlasticFreeDay #TooCoolForPlastic.’

In a third he wrote: ‘Millions set to #PassOnPlastic for world’s first One Plastic Free Day @aplastic_planet @IcelandFoods Tuesday 5 June.’

It comes after Iceland committed in January to eliminating single-use plastic packaging on own label ranges by 2023.

A Plastic Planet co-founder Sian Sutherland said: “One Plastic Free Day is all about uniting the world to turn off the plastic tap. It’s just one day to think twice before reaching for that plastic-wrapped food and drink product.”