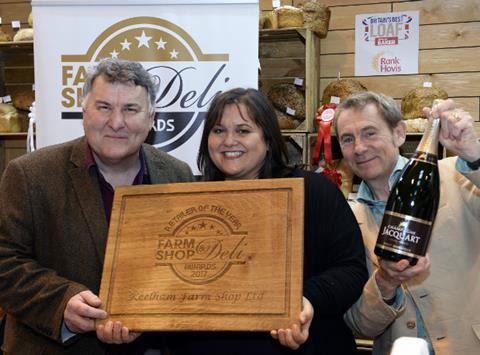 Winners of the fourth annual Farm Shop & Deli Awards have been announced, with North Yorkshire-based Keelham Farm Shop taking the top prize of retailer of the year for 2017.

More than 3,000 consumers voted for the finalists across 13 categories and nine regions, with results announced yesterday [24 April] in Birmingham.

The awards, held in association with Lakeland Computers and organised by The Grocer’s publisher, William Reed, celebrate the specialist independent retail market, judging the best standards, level of service, product innovation and community involvement in the sector.

New to 2017 was the newcomer of the year award, which was added after judging in November revealed a number of entries opened after April 2014. Those entrants were judged against fellow newcomers as well as retailers within their specialist category. The award was given to Brace of Butchers from Dorchester, Dorset, who also reached the finals in the butcher of the year category.

Nigel Barden, chairman of judges and food & drink journalist, said the award would be “a life-changing moment” for Keelham Farm Shop.

“We are delighted to be finalists at the Farm Shop & Deli Awards as we know that there are so many great food businesses out there,” said Victoria Robertshaw, co-owner at Keelham Farm Shop. “It’s the relationships we’ve built up with over 400 local farmers and producers over three generations of Robertshaws that enables us to deliver great-tasting, affordable, fresh food to around 19,000 customers a week.”

Baker of the Year

Butcher of the Year

Cheesemonger of the Year

Delicatessen of the Year

Fishmonger of the Year

Food Hall of the Year

Greengrocer of the Year

Local Shop of the Year

Market of the Year

Newcomer of the Year

Online Business of the Year 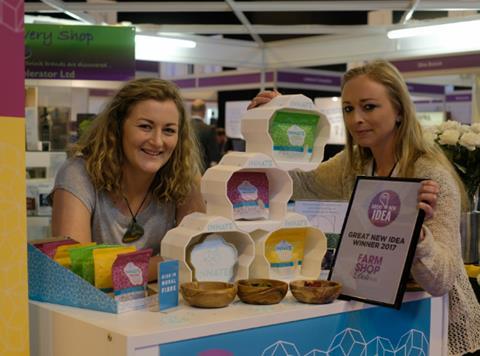 Meanwhile, West Country-based start-up snack brand Innate Food has been honoured with the Farm Shop & Deli Awards great new idea award for 2017. The brand was praised for its air dried Snack Squares, which aim to “put health back into snack foods” and are available in three flavours: butternut, beetroot and spinach & coconut.