City snapshot: Executive pay trebles at Tesco to over £12m 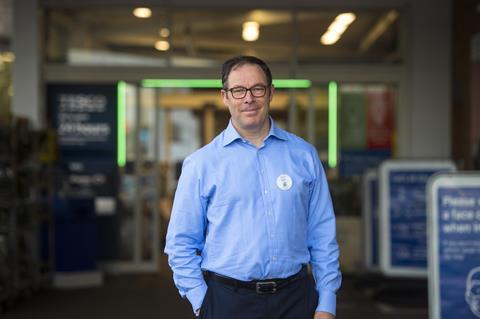 Tesco has paid out more than £12m to its senior leadership team as executive pay strongly rebounded at the supermarket last year.

CEO Ken Murphy received a pay package worth £4.75m in its 2021/22 financial year, up from £992k in the previous year in which he joined the supermarket part way through the period.

Meanwhile, new CFO Imran Nawaz received £5.4m after joining on 1 May 2021 – largely driven by a £3.5m payment he received in compensation for stock awards he sacrificed on joining from previous employer Tate & Lyle.

Former CFO Alan Stewart received £1.95m in the year, up from £1.4m in the previous period.

CEO Ken Murphy’s awards was largely driven by a £3.2m annual bonus, which was 95% of its maximum possible total, having received no executive bonus in the previous year.

Separately, and not included in the overall compensation figure, Murphy was awarded £4m of shares during the year with a vesting date of 2024, while Nawaz received £1.9m.

Tesco said in the remuneration report: “We achieved this strong performance against a backdrop of significant change in the retail sector. Customers are faced with an increasing range of choices as to where, how and when to shop, with the COVID-19 pandemic accelerating a number of profound shifts in consumer behaviours.

“Our executive directors have successfully navigated this period of uncertainty as demonstrated in their performance this year. Given the overall business performance achieved, the committee is satisfied that the formulaic annual bonus and PSP outcomes are appropriate and reflect performance over the respective performance periods.”

The FTSE 100 fell back 1.6% yesterday to 7,233.3pts on a slump in global stocks and concerns about the UK economy which contracted in March.

Coca-Cola HBC was a notable outperformer yesterday, rising 5.6% to 1,687p after posting strong first quarter growth despite major disruption in key markets of Ukraine and Russia.

Cranswick fell back 2.2% to 3,018p having been trading down as much as 9% after a salmonella outbreak at its factory in Hull.