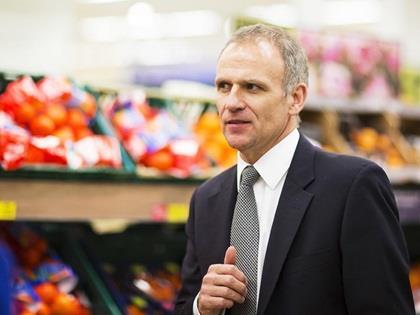 An influential investment group has called on shareholders to vote down the Tesco pay report over relocation costs for CEO Dave Lewis.

The Grocer understands that Lewis, who took over the reins in September 2014, had been commuting to Tesco’s Welwyn base from his family home in South West London but chose to buy a second property closer to Welwyn last year so he could be nearer the office during the week.

Tesco’s annual report showed the costs associated with this weekday relocation - primarily legal fees and stamp duty - were £144k, and with £71k of car-related benefits added up to annual benefits of £223k. This represented a 179% increase in benefits from the previous year’s £80k - a level investment group Pensions & Investment Research Consultants (PIRC) said was “not appropriate”.

PIRC called on Tesco shareholders to vote against its remuneration report at next week’s annual general meeting, also citing concerns over the level of its long-term incentive plan and the ratio of Lewis’ pay to the awards given to average employees.

This is not the first time PIRC has called for shareholders to revolt on Tesco’s executive pay, calling Lewis’ pay “high compared to salaries of others in the peer group” back in 2015.

Sainsbury’s executive annual bonus payments are driven by a mix of targets, related to profits, sales and “customer-focussed and individual performance” metrics. Saibnsbury’s failed to hit the bonus-linked base targets for annual profits and sales last year.