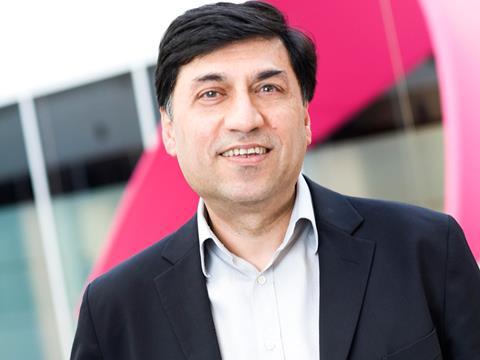 Kapoor’s overall pay award rose from £12.8m in 2014 to £23.2m in 2015 after a year of “excellent growth and outperformance”, according to chair of its remuneration committee Judy Sprieser.

Kapoor’s base salary rose 3% to £891k during the year, but his pay award was inflated by large increases in his annual bonus and bumper share awards.

Around two-thirds of the value of Kapoor’s vesting shares is due to share price growth.

The bumper pay packet will shoot Kapoor up the league table of the best paid FTSE bosses.

Last year he was the seventh best paid boss in the FTSE 100, but his £23.2m pay award in 2015 would put him behind only WPP CEO Martin Sorrell’s pay package of £43m going on last year’s figures.

Reckitt has previously come under pressure from shareholders over its executive pay awards. Last year more than 17% of shareholders voted against the remuneration report.

The company said it has again reviewed its remuneration policy after discussions with a number of major shareholders.

Reckitt is proposing to tweak the terms of its share based awards – part of the 95% of the CEO’s remuneration it says is performance-based.

The CEO is required to hold 600,000 shares and the CFO 200,000 shares within eight years of appointment, which currently represent more than 40x salary and 20x salary respectively. Alongside the current shareholding requirements, RB is introducing an additional two year holding period in respect of unvested share option and performance share awards upon cessation of employment.