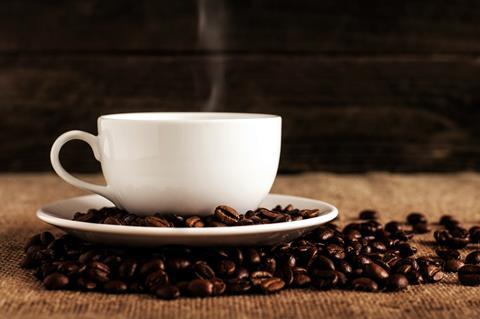 Coffee shops may have shut down during Covid-19, but that didn’t stop Brits seeking out a serious caffeine hit. So how has the pandemic altered the UK market? And what does the future look like? The 200,000 people who work in our 25,000 coffee shops were facing an uncertain future. And more misery has been heaped on coffee growers in the developing world who’d already seen prices plunge more sharply than crude oil since the virus began its march west. Are better times ahead, post-virus?

Grocery retail: This feature will explore, in detail, how sales of coffee, tea and other hot beverages have performed in grocery in recent months. Of course, we expect grocery sales to have surged as millions suddenly found themselves working from home and unable to pick up their latte of choice from Starbucks, but what specifically have retailers and brands been doing to help usrecreate that coffee shop experience at home? Who’s been most successful? Who’s been left on the shelf?

Coffee shops: Even before Covid-19, Britain was approaching peak ‘coffee shop’ – following two decades of continuous growth, the number of outlets trading in Britain rose by less than 1% in 2019. What will the landscape look like in coming months? Are we about to see a significant contraction of the out of home market? If so, what opportunities does this present grocers and suppliers of hot beverages? When, if ever, will consumers feel comfortable going back to coffee shops?

Direct to consumer: D2C food & drink suppliers have been making hay while the sun shines during lockdown, helping consumers who could no longer satisfy themselves in the out of home market. This, clearly, is a huge opportunity for suppliers of premium coffees and teas who canno longer rely on the UK’s coffee shops, cafes and restaurants for a route to market. Who’s doing what? How well are they performing? And does the rise of D2C subscriptions represent a sea change for the market?

Premiumisation: Speciality coffee growersin the developing world who relied on the artisan coffee shops of the west report seeing sales dry up overnight as a result of Covid-19. With the world likely slipping into recession, the future of such venues looks far from certain. But times of economicdifficulty usually result in a ‘lipstick effect’ (an increase in sales of affordable luxury goods that serve to cheer people up); could posh coffees and teas pick up in the at-home market?

Home coffee makers: Home electrical goods retailers reported strong sales of appliances as Britain went into lockdown. That’s hardly surprising –many needed extra fridge and freezer space for all the food & drink they’d been panic buying, after all. But what about coffee machines? With the UK’s coffee shops shuttered,was there a run on espresso machines and the like?

Other hot beverages: It’s not all about coffee, mind. Tea is still the national brew, so how’s it done since lockdown? Have people gone back to comforting black teas, or stuck with trendy infusions? How have drinks with functional benefits performed? Which ones have been in most demand? And what might the future look like for hot chocolate and the like as the cooler months approach?

Innovations: We identify four new products or product ranges that have ideally not appeared in The Grocer before including launch date, rsp and image of each.