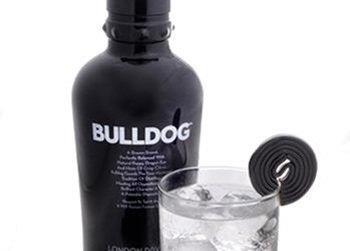 Italian drinks business Gruppo Campari has broadened its portfolio of craft spirits with the acquisition of Bulldog London Dry Gin for $55m (£43.9m) in cash.

The Aperol and Wild Turkey owner has distributed Bulldog Gin since 2014 through its own distribution network, with an exclusive five-year agreement and an option to buy the brand in 2020. Following a renegotiation of the deal terms, Campari accelerated its purchase of the New York-based business.

Campari said the deal would allow it to drive growth at Bulldog by taking full control of the marketing strategy, as well as the brand-building initiatives.

The brand is available today in 95 countries, with a strong concentration in Europe. Spain, Benelux, Germany, the UK, the US and duty free in airports are currently the brand’s largest markets.

Anshuman Vohra, an entrepreneur and former JP Morgan investment banker who created the brand in 2007, will stay on at the company for “a period of time” as founder and brand ambassador.

“Bulldog has always been a labour of love for me, and I’m quite pleased to hand over control to a venerable institution, such as Gruppo Campari,” he said. “I’ve had the pleasure of working with their very professional organization for the last few years and am confident the brand will continue to excel in its new home.”

The $55m price tag, plus the assumed liabilities and working capital for approximately $3.4m, makes the deal worth about $70m in total for Bulldog shareholders, a multiple of 5.7x its full-year 2016 revenue.

The spirit is hand-crafted at the world’s oldest continuously functioning gin distillery in England.

Listed forecourt operator Applegreen is searching for a new chief financial officer to replace Paul Lynch, who has decided to leave the company. Lynch joined Applegreen as CFO in July 2014 and was help with the transition. A statement to the London Stock Exchange this morning said Lynch had played an influential role in planning for and managing the company’s flotation on AIM and the Irish Stock Exchange in June 2015. In addition to leading the finance and IT functions, he also established and managed investor relations for the company.

Chief executive Bob Etchingham said: “On behalf of everybody in Applegreen, I would like to thank Paul for his considerable contribution to the development of the business. He played a pivotal role in the IPO and has considerably enhanced the finance and IT function which has been of significant benefit to the company. We wish him well in the years ahead.”

Lynch added: “I have very much enjoyed the challenge at Applegreen. The business has travelled a long distance since I joined and is now well placed to meet its strategic objectives. I wish Bob and the team the very best for the future.”

Shares in the business are up 3% this morning to 415p.

On The Grocer this morning we reveal that flavoured water start-up Just Bee has bagged a six-figure investment from two food and drink veterans after turning down an offer from Peter Jones on Dragons’ Den. The business, founded by former accountants turned beekeepers Joe Harper and Andy Sugden in 2015, has also secured nationwide listings for its range of three honey-infused spring waters in Waitrose, Boots and Holland & Barrett. Harper and Sugden were looking for £65k from the Dragons for a 10% stake, but turned down Peter Jones’ offer for all of the money in return for 25% of the business.

The full story is live on thegrocer.co.uk/finance. Read the story here.

Elsewhere on the site we have an updated version of Golden Wonder maker Tayto’s rescue of premium popcorn brand Portlebay in a pre-pack administration, revealed earlier this week.

There is also news of a big drop in sales and profits at seafood specialist Young’s after the loss of its crucial salmon supplying contract with Sainsbury’s. Read the story here.

Shares in Reckitt Benckiser (RB) jumped 4.7% to 7,151p after it confirmed it was locked in talks to acquire US child nutrition firm Mead Johnson.

Compass Group (CPG) also had a good day, climbing 3.2% to 1,441p following a trading update which revealed organic revenue growth in Q1 and a positive outlook for 2017.

Tobacco giant Philip Morris International (PM) started brightly to jump 3.1% in morning trading in the US to $98.95 after it Q4 revenues were better than expected.

Ocado (OCDO) shares softened further after small gains on Tuesday from its annual results. The retailer slipped another 1.3% to 239.4p.

Britvic (BVIC), Morrisons (MRW) and WH Smith (SMWH) were among the biggest losers of the day; and SSP Group (SSPG), Greencore and Unilever (ULVR) all made good gains.