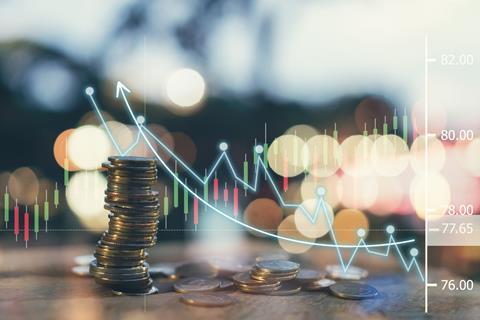 Food prices have raced to a new 11-year high, according to the latest shop price index from the BRC and NielsenIQ.

Inflation for food strongly accelerated to 5.6% in June, up from 4.3% in the previous month. It is the highest rate recorded since June 2011.

Prices of fresh food such as cheese had been hit by the spiralling costs of fertiliser and animal feed, BRC chief executive Helen Dickinson said.

Non-food inflation slowed down in June to 1.9%, down from 2% in May, leaving overall shop price inflation at 3.1%, compared with 2.8% in the prior month.

It is the highest the shop price index has been since September 2008 and comes as inflation in the UK hit 9.1% last month, according to official figures from the ONS.

“Last month households and businesses were hit by the highest rate of inflation since the 1980s as near-record commodity prices in energy, transport and food filtered through the supply chain,” Dickinson said.

“As households face the biggest real terms cut in income since the at least 1970s and businesses grapple with upstream supply chain costs, retailers remain focused on protecting their customers.

“Fierce competition means that retailers will continue to absorb as much of these costs pressures as possible and look for efficiencies in their businesses. Supermarkets are also expanding their value ranges to offer a wider choice for customers trading down and providing discounts to vulnerable groups.”

Mike Watkins, head of retailer and business insight at NielsenIQ, added that while the fast-moving consumer goods industry was more insulated from any downturn in consumer expenditure, food retailing was not immune.

” As inflation accelerates due to rising energy, travel and now food costs, shoppers are now more likely to cut down on out of home consumption, shop to a fixed budget, switch to cheaper private label and seek out retailers where prices are the lowest.”

McBride has secured a waiver of its June covenant tests until the end of September as the embattled private label household goods maker struggles to get to grips with soaring costs.

The group said it had agreed with its banking group to maintain liquidity of at least £40m and not to pay dividends until the business can prove it is in compliance with its existing covenants.

McBride added it had about £75m of available liquidty.

“The group continues to explore and assess all avenues to maintain liquidity and create additional funding for the benefit of all stakeholders,” a short statement to the London Stock Exchange said.

“We are fully appreciative of the ongoing support that the banking group have and are continuing to give the group through this period of uncertainty caused by macroeconomic factors which have resulted in rapid and unprecedented rises in input costs and ongoing global supply chain challenges.”

The company continued to perform in line with market expectations and would provide a fuller update after the close of the financial year ending 30 June, it added.

Lossmaking McBride has issued several profit warnings over the course of the past year as costs spiralled and it attempted to push through several rounds of price increases to its retail customers.

Sales at B&M European Value Retail have continued to slowdown as the discounter lapped elevated figures from a year ago.

B&M said sales improved throughout the quarter, with a slump of 19.1% in the five weeks of April, while the subsequent eight weeks of May and June saw sales down just 1.6%.

The group added that frozen food retailer heron Foods had performed “consistently well” throughout the quarter and was ahead of internal expectations, with sales up 10.8% to £113m.

Group revenues, which includes stores in France, fell 2.2% on a constant currency basis to £1.2bn.

Guidance for EBITDA for the full year remained unchanged in the range of £550m to £600m.

Online gifting group Moonpig has performed ahead of expectations at the end of a “transformational period”.

Revenues of £304.3m in the year ended 30 April represented a 17.3% year-on-year decline, with the group coming up against figures achieved during lockdown.

Moonpig recently announced the acquisition of Buyagift, which is expected to enlarge group revenues to about £350m.

CEO Nickyl Raithatha said: “Our first full year as a listed company has been another transformational period for Moonpig Group - financially, operationally and strategically. We have significantly outperformed the targets set out at IPO, and recently announced the proposed acquisition of Buyagift, which will accelerate our journey to becoming the ultimate gifting companion.”

He added: “We remain confident in the outlook for the current year, with our loyal customers continuing to rely on Moonpig to connect with loved ones at moments that matter. The long-term opportunity remains vast and we have never been in a better position to capture it.”

The FTSE 100 continued to claw back gains following the recent rout, with the blue-chip index up another 0.9% to 7,323.41pts yesterday.

Naked Wines also enjoyed a bumper day after its battering last week, climbing back up 8.5% to 165p. It still remains more than 100p lower than before its results were released.

Tech stocks Deliveroo and THG were back among the losers yesterday, with the former down more than 6% before recovering to end the day down 0.5% to 91.5p and the latter down 3.8% to 82p.