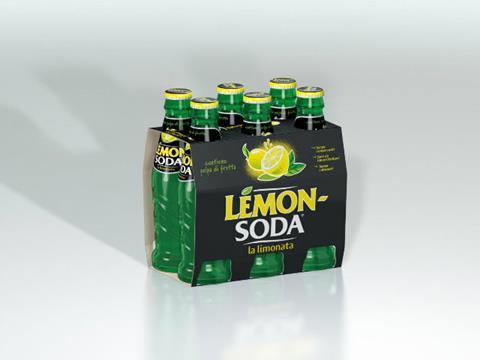 Gruppo Campari has reached an agreement to sell the Lemonsoda business to Danish-based beverage producer Royal Unibrew in a deal worth €80m (£71.4m)

The sold business includes the alcohol-free fruit-flavoured carbonated variants Lemonsoda, Oransoda, Pelmosoda and Mojito Soda, grouped under the Freedea brand name, as well as the Crodo brands (with the exception of the Crodino brand).

The deal also includes the manufacturing and bottling facility, located in Crodo, Northern Italy, and the attached water springs as well as the inventories.

The transaction is expected to be completed by the end of 2017.

As part of the transaction, the two companies will enter into a multi-year manufacturing agreement, with Royal Unibrew continuing to manufacture certain Gruppo Campari’s owned products which are currently produced at the bottling facility located in Crodo.

Gruppo Campari bought the acquired business in 1995 as part of the group’s first acquisition. The range was part of a larger brand portfolio acquired, including the non-alcoholic aperitif Crodino, which remained “a key owned brand” of Gruppo Campari, the group said.

Over the years, Gruppo Campari has introduced various line extensions, further augmenting the established Lemonsoda business, the market leader in the lemon-flavoured soda segment in Italy.

This transaction fits Gruppo Campari’s efforts to streamline its brand portfolio and focus on its core spirits business, it added.

Since the beginning of 2017 Gruppo Campari has divested several non-strategic assets for a total value of approximately €310m (£276.6m).

Gruppo Campari CEO Bob Kunze-Concewitz said: “The sale of the Lemonsoda and Crodo business marks a further key step in our strategy of streamlining our non-core activities. In particular, with this transaction we exit the soft drinks business, while retaining our core Crodino brand, to further focus on our key aperitif business in Italy.

“We are very pleased to sign this transaction with Royal Unibrew, a focused player and brand developer in the soft drinks and mineral water segments, and a perfect fit for the Lemonsoda business. Moreover, we are glad to transfer the Crodo facility to a group investing in the soft drinks segment with ambitious growth plans for the manufacturing site.”

“In Ceres Strong Ale, we have one must-stock product, and now we’re adding Lemonsoda as number two to our portfolio. Lemonsoda is the Italian market leader within citrus-based soft drinks products and is almost as widely distributed as Ceres Strong Ale. This is one of the reasons why we consider the new business a good match. We believe that our extensive multi-beverage experience will enable us to generate growth in the acquired business.”

After the excitement of the Tesco half-year results yesterday, this morning is rather quieter.

Anheuser-Busch InBev (ABI) has announced that the transition of its 54.5% equity stake in Coca-Cola Beverages Africa for $3.15bn (£2.39bn), revealed on 21 December 2016, has been completed. CCBA, the largest Coca-Cola bottler in Africa, was formed in 2016 through the combination of the African non-alcohol ready-to-drink bottling interests of SABMiller, The Coca-Cola Company and Gutsche Family Investments. It includes the countries of South Africa, Namibia, Kenya, Uganda, Tanzania, Ethiopia, Mozambique, Ghana, Mayotte, and Comoros.

In addition, the companies continue to work towards finalising the terms and conditions of the agreement for The Coca-Cola Company to acquire AB InBev’s interest in, or the bottling operations of, its businesses in Zambia, Zimbabwe, Botswana, Swaziland, Lesotho, El Salvador, and Honduras. These transactions are subject to the relevant regulatory and shareholder approvals in the different jurisdictions.

Tesco (TSCO) was one of the worst-performing shares on the FTSE 100 yesterday despite CEO Dave Lewis signalling renewed confidence at the supermarket as strong half-year numbers led to the first dividend since the 2014 accounting scandal. The share price leapt as trading got underway in the morning to the highest level since April but soon fell away. Tesco ended the day down 3.3% to 183.9p as the City worried that the recovery may have depended too heavily on inflation and did not signal the grocer winning back market share as volumes only grew 0.3% in the half. Booker (BOK) also fell 2.3% to 203.4p as a result of the drop at Tesco.

Crawshaw (CRAW) took another tumble yesterday, down another 6% to 15.8p.