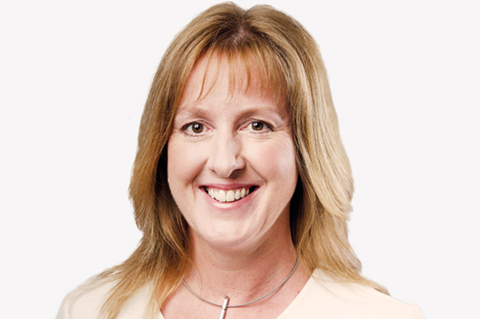 Imperial Brands (IMB) chief executive Alison Cooper is to step down from her role on the board of the tobacco giant, ending her 20-year tenure with the business.

Cooper, who joined Imperial Brands 20 years ago and spent the last nine as CEO, will leave her role as soon as a “suitable successor” is found.

The news comes as the FTSE 100 company warned last week that a “challenging” US market for vaping products and weaker than expected performance in its Africa, Asia and Australasia business will hamper full year revenue and earnings growth.

In a “disappointing” trading update, Imperial Brands said sales were expected to rise 2% while earnings are expected to be broadly flat at constant currencies.

Chairman Mark Williamson said Cooper had worked “tirelessly” during the time spent with Imperial and thanked her for the “tremendous contribution she has made”.

“During her tenure as CEO the business has been significantly simplified and reshaped to strengthen its long-term growth potential, and more than £10bn  in dividends has been returned to shareholders,” Williamson added.

“I am pleased that Alison has committed to continue to lead the business until a successor is appointed, ensuring an orderly transition of responsibilities.”

As CEO, Cooper halved the number of cigarette brands under Imperial’s portfolio to “ensure a higher quality of growth”, the business said.

She has also enhanced Imperial’s presence in the US market and has been the “architect” of the launch and development of Imperial’s next generation products business.

Supermarket Income REIT (SUPR) has raised £100m in an oversubscribed issue of 98m shares at 102p each.

The retail-focused investement trust had previously targeted to raise £50m via share placing but increased the target size following a strong level of support from investors.

It said it will use the cash raised to fund property acquisitions.

The FTSE 100 closed 3.2% lower at 7,122.54pts as London blue-chip market was the victim of a global share sell-off sparked by news of the latest US tariffs on EU goods, which saw £63bn wiped off from its assets.

Meanwile, in the UK the markets awaited EU response to the latest Brexit plan drafted by UK PM Boris Johnson, which could be the last opportuinity for the UK to exit on October 31 with a deal.

Among the risers, McBride (MCB) closed up 1.5% at 53.80p, Finsbury Food Group (FIF) rose 2% to 78p and Greggs (GRG) closed 0.4% higher recovering from earlier blows as investors reacted to its third quarter results.