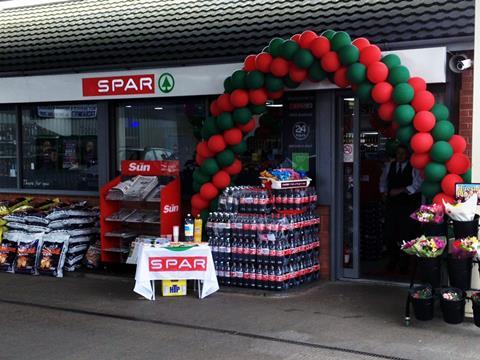 The company, which primarily operates under the Costcutter and Mace fascias, saw turnover slip to £86.1m in the year to 31 May 2015 from £94.8m in the previous year.

Since the end of its financial year HKS, which trades as HKS Motors, has completed the acquisition of Leicestershire-based Brobot Group in November 2015.

There’s very little grocery news on the markets this morning as we’re deep into the dog days of December.

Pets at Home Group has appointed Graeme Jenkins as CFO, filling the void left by Ian Kellett, the current Group CFO, who will become chief executive officer of Retail upon Jenkins’ appointment. He is currently CFO of Australian department store business, Target Australia and was previously chief operating officer and finance director at Virgin Media Business.

Elsewhere, UK-listed Russian food retailer X5 Retail Group has announced the opening of its 7,000th store in Russia and a more than 1.5x year-on-year increase in the expansion rate of its retail chains. Since the beginning of the year, X5 has opened more than 1,500 Pyaterochka, Perekrestok and Karusel stores, compared to 939 new stores in 2014.

Later this morning the ONS will publish its data for November’s sales figures, which will include official data on Black Friday.

It’s been another encouraging start to the day for the FTSE 100 - opening up 1.6% to 6,159.5pts already as the markets celebrate yesterday’s US interest rate hike.

The FTSE 100 continued its recovery from Monday’s three-year low yesterday, clawing back another 0.7% to 6,061.2pts – but recovery still seems a long way away for the grocers.

On a day of little significant movement for the market’s biggest grocery and fmcg firms, the supermarkets were again amongst the index’s worst performers.

As fears persist about their trading durability heading into Christmas – not helped by some more unimpressive Kantar Worldpanel figures on Tuesday – Tesco was in the FTSE 100’s bottom six performers.

Share price momentum for M&S wasn’t helped by worries intensifying in the clothing retail sector over the impact of the mild winter.

Bonmarche (BON) shares collapsed by almost 30% yesterday on a profits warning and exit of its boss, while French Connection (FCCN) also fell by a double-digit percentage, dropping 10.8% to 34p.