Fyffes doubles down on Canadian mushrooms 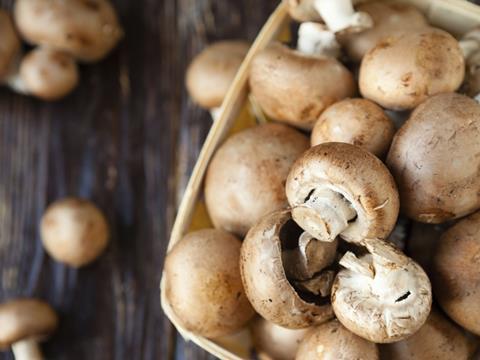 Fyffes has paid CAD$59.1m (€41m) to acquire 100% of the equity in All Seasons and refinance the debt of the country’s second largest mushroom producer.

Fyffes said All Seasons’ geographic reach will be “highly complementary” to that of Highline and current CEO of All Seasons, Frank Moscone, will remain in the business post acquisition.

Fyffes has based its CAD$59.1m valuation of All Seasons on a 7.5 times multiple of its 2015 reported EBITDA of CAD$7.8m. The estimated book value of All Season’s net assets amounts to CAD$39m on a debt free basis.

Fyffes chairman David McCann said: “All Seasons represents an excellent strategic addition to the Highline business which we acquired earlier this year. Together, Highline and All Seasons will be well placed to provide Canadian customers with a consistent supply of the highest quality mushrooms from coast to coast, while continuing to strategically supply US customers with premium and organic mushrooms.”

News is breaking that Amazon plans to expand its Amazon Fresh grocery delivery service to 190 postcodes across greater London, which represents a doubling of its launch footprint of June.

The FTSE 100 has continued its gains from yesterday rising another 0.5% so far this morning to 6,882pts.

The looming UK threat of Amazon has helped Ocado shares slump 5.2% this morning back down to 308.2p.

There was relief for the Poundland (PLND) board and many of its investors yesterday after its shareholders overwhelmingly backed the £610m takeover bid from South Africa’s Steinhoff Group despite fears activist investor Elliott Capital could derail the deal.

The effect on the shares was limited, with the deal already priced into the stock. Poundland was up 1.3% to 227p – the level of the Steinhoff 225p per share bid once the 2p per share dividend is taken into account.

Shares of household goods manufacturer McBride (MCB) were up on increased earnings, despite sales declining more than £23m. Adjusted operating profits rose 27% to £36.2m in the year to 30 June and adjusted pre-tax profits were up 35.5% to £29.4m.

Carr’s Group (CARR) continued its share price rise after selling its food division to Whitworths, climbing another 4.5% to 167.3p. Applegreen (APGN) was up 4.5% to 410p.