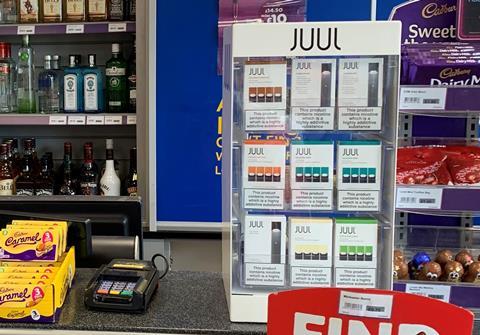 News of a potential remarriage of tobacco giants Altria and Philip Morris was met with a mixed response this week, as the very rationale for the mega-merger could also be the most significant threat to its success.

After splitting 11 years ago, Altria and Philip Morris confirmed on Tuesday talks were underway over a $200bn (£164bn) all-share merger that would be the largest ever consumer sector deal.

The landscape for tobacco firms has radically changed since the pair parted ways to stop litigants in the US claiming damages based on global sales - with Philip Morris splitting to focus on international markets and Altria keeping the US business.

Now, with cigarette sales in deep structural decline, particularly in western markets, the pair are exploring renewing vows to capitalise on the rapid growth of tobacco alternatives. Both companies have a strong hand in smoke-free products - Altria with a 35% stake in US-based vaping sensation Juul, and Philip Morris with its ‘heat-not-burn’ Iqos, which is dominant in Japan.

The rationale for the re-merger is simple: joining forces gives the pair a stronger platform to push their tobacco alternative globally and pool resources to develop and market new technologies together, rather than cannibalising each other’s growth prospects.

SocGen analysts explained: “PMI must make Iqos work in the large US market… [while] Altria’s interest in Juul, the clear US market leader creates a more powerful international platform for that brand’s rollout.”

However, the practicalities may be more complex. Bernstein explains Philip Morris has little to gain by pushing Juul - a brand in which Altria only holds a minority stake - globally, while Altria’s investment in Juul also contains non-compete clauses that would apply to PMI internationally.

A re-merger also exposes Philip Morris back to US regulatory risk - a threat that is growing rapidly as regulators in Washington recently warned teenage vaping has become an “epidemic” and a ban on sales of flavoured tobacco for e-cigarettes is being actively discussed. Analysts at Stifel warned: “While US litigation risk was sufficient to break these companies apart back in 2008, US regulatory risk is on the same plane, in our view.”

There is also some investor disgruntlement over the terms of the prospective deal, which would not offer Altria shareholders a takeover premium and would dilute the trading premium for Philip Morris because of increased US exposure.