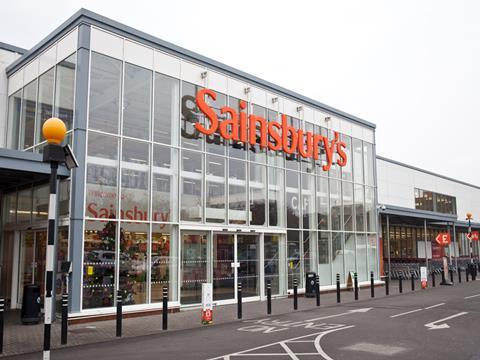 It’s no surprise that the papers have gone big on Sainsbury’s upgraded profits guidance and subsequent near-14% share price spike.

The Times (£) said Sainsbury’s better trading momentum represented “the first signs that the difficult conditions might be easing” for the supermarkets, while The Daily Mail called it “a rare piece of good news in the embattled grocery sector.

The Guardian quotes CEO Mike Coupe as saying there had been a “pause for breath” in the pace of price cuts and that Sainsbury’s had been able to cut more costs than anticipated. The Mail adds that Sainsbury’s improved performance “That flies in the face of predictions by rivals that there is no future in big stores.”

However, The Telegraph notes: “Despite the optimism around profits Mr Coupe said that the food sector continued to be a challenging environment and he didn’t expect deflationary pressures to ease up until well into next year.” The Financial Times (£) quotes Coupe as warning “You can’t get away from the fact it is a challenging market. I don’t think there is anything currently in the wings that will suggest that it will get any easier.”

The FT’s Lex column says: “If costs keep falling, Sainsbury might just survive the price wars”. It writes: “It is a sign of the times in the UK grocery industry that such a [sales] decline is reason for celebration… There is no end in sight to the intense price competition in the UK grocery market. What will really differentiate the company — and its shares — is its ability to absorb those price cuts by keeping costs down.” (The Financial Times £)

In other supermarket news, the sale of assets at Tesco continues as it closes in on the disposal of a large UK land portfolio and gets the green light from shareholders to sell its South Korean division. The supermarket group is understood to be in advanced talks to sell ten development sites to Meyer Bergman for about £250m. (The Times £)

The FT looks at the complex motivations of key SABMiller shareholder Altria, noting: “The size of the stake [27%] means that the tobacco group could be an important influence over SAB’s discussions on whether to accept an offer, and how the deal should be structured. (The Financial Times £)

Britain’s biggest employers are falling over each other to lift workers’ pay to more than the new national living wage ahead of its introduction in April next year. Costa Coffee said that from today its 12,500 baristas would earn a minimum of £7.40 an hour, above the £7.20 rate set by George Osborne. (The Times £)

The Telegraph covers the sale of Quorn to Philippines-based food group Monde Nissin, writing that the buyer “is understood to have bought Quorn as part of a plan to bulk itself up ahead of a stock market listing next year [in New York or London]”. (The Telegraph)