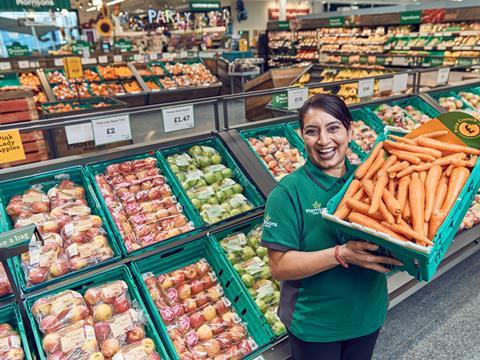 A Christmas cracker of a performance from Morrisons dominates the papers this morning, with The Mail enthusing over the supermarket’s “marvellous turnaround”. The paper writes that after seven years in the doldrums, sales are soaring. The Telegraph says Morrisons toasted its strongest Christmas for seven years after “luring” shoppers over the festive period by improving its stores, cutting prices and boosting its premium lines with upmarket treats like macarons. Britain’s fourth-largest retailer reported a 2.9% increase in sales excluding fuel in the nine weeks to 1 January, with fresh fruit and vegetables, beers, wine and spirits, and its new upmarket The Best range faring well (The Guardian). CEO David Potts said it was clear that the company’s turnaround was under way as he forecast that its profit for the year would be in the range of £330m to £340m (The Times).

The Lex column in The Financial Times argues that inflation has come at an opportune time for UK grocers. “Deflation can slowly squeeze retailers to death, like pack ice crushing a ship,” the paper says. “Wm Morrison on Tuesday revealed why a bit of inflation can warm its shareholders’ hearts.” It adds: “Sterling’s new lows should bring more inflation. The spring thaw has arrived for supermarkets. Morrisons is leading the fleet out of dangerous waters.”

Nils Pratley in The Guardian says that basic shop disciplines delivered Morrisons a merrier Christmas. However, he warns not to get carried away. “That boast about Christmas 2016 witnessing the strongest performance in seven years is strictly defined in terms of like-for-like sales growth (up 2.9%). In profits terms, it won’t be.”

Price hikes at Premier Foods and the latest Kantar data signalling a return of inflation also generate column inches today. After 28 months of deflation in the market, like-for-like grocery prices have increased by 0.2 percentage points to bring a return to inflation, The Telegraph reports. The Mail followed up on a story by City AM to report that Premier Foods has approached supermarket giants to disclose its plans for ‘mid-single digit’ price increases across its ranges - and that is ‘on average’, meaning prices of individual products could jump by 10% or more. Premier said price rises were unavoidable given the twin blow of commodity price rises and the pound’s sharp fall since June’s Brexit vote (The Financial Times). The Guardian also includes the latest Kantar and Nielsen data in its Premier article. Kantar said the supermarkets enjoyed a record Christmas, with sales up 1.8% over the quarter to 1 January compared with a year earlier. Of the big four, Tesco had the strongest growth, with sales up 1.3%. Asda was the worst performer, with sales down 2.4%.

A record Christmas for Majestic Wine also had the papers toasting its success. The Times writes that “Majestic uncorks a cracking Christmas trading report”. The Financial Times adds that Majestic enjoys a sparkling Christmas with bubbles and gin, with sparkling wines helping the drinks retailer to 15% rise in revenue over festive period. The retailer, which also owns the Naked Wines website, said sales at established Majestic Wine stores were up 7.5% in the 10 weeks to 2 January (The Guardian).

Spar has warned that growth in the convenience sector is slowing despite beating the wider UK grocery market with a rise in sales, The Telegraph reveals. Spar, which runs 2,603 shops in the UK and is owned by five separate regional distributors, has posted a 4.5% rise in retail sales for the year to April 30, according to recently filed accounts.