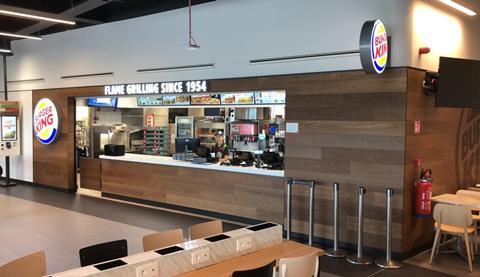 Fast-food giant Burger King’s UK division is set to float on the London Stock Exchange for about £600 million as demand rebounds from the Covid pandemic. (The Times £)

Shoppers should watch out for supermarkets and food brands sneaking through price rises by shrinking pack sizes – known as “shrinkflation” – as they wrestle with rising commodity, energy and labour costs, analysts have warned. (The Guardian)

People will have to get used to higher food prices, the boss of Kraft Heinz has told the BBC. Miguel Patricio said the international food giant, which makes tomato sauce and baked beans, was putting up prices in several countries (The BBC). Shoppers face higher prices and shrinking product sizes in the coming months as raw material costs and driver shortages reach crisis point, the world’s biggest consumer goods makers have warned (The Times £). A Bank of England policymaker has warned households to get ready for “significantly earlier” interest rate rises as inflation pressures mount, and Kraft Heinz became the latest company to say that food prices will rise. (The Guardian)

A Swiss-based hedge fund that took a short position in NMC Healthcare before its fraud scandal has made a £20 million profit in little over a month from betting against THG. (The Times £)

Corporate governance concerns and sales slowdown force founder Matthew Moulding to embark on City charm offensive. Matthew Moulding joked he hadn’t had the easiest week while picking up an industry gong for steering his e-commerce firm through a £5.4bn stock market debut. (The Telegraph)

One City banker said that on top of the selloff investors were starting to realise there was a “fundamental lack of transparency about Hut, from its level of controls to where exactly the cash and the profits are coming in”. These concerns were exacerbated last week by a bearish note by The Analyst that delivered a sum-of-the-parts valuation of 260p (The Times £)

The first anniversary of The Hut Group’s stock market float should have been a celebration for Matt Moulding. Instead, the Manchester-based beauty and health retail empire, which listed in September 2020, went into freefall amid growing doubts over the business and its increasing focus on its recently launched tech arm, Ingenuity. (The Times £)

Sir David Lewis, the former chief executive of Tesco, will advise the UK government on supply chains as it seeks to get a grip on shortages threatening everything from petrol to Christmas (The Guardian). Boris Johnson has appointed the former boss of Tesco as an expert supply chain adviser as the government bids to avert a crisis for deliveries in the run-up to Christmas (Sky News). Boris Johnson has appointed the former Tesco chief executive, Sir David Lewis, to advise it on how to fix the supply chain crisis that has led to petrol and other shortages (The BBC).

Morrisons chair Andy Higginson tells The Times “I got the right price for shareholders”. The man who sold Morrisons says the board’s tactic of saying ‘yes’ to a lowball bid netted investors a £7bn victory. (The Times £)

Marks & Spencer chief executive Steve Rowe said customer confidence is improving and there are encouraging signs that Christmas spending will be high despite widespread supply chain disruption. (The Daily Mail)

Retail bosses and landlords have demanded a cut to business rates as fears grow that the tax is wrecking the recovery on the high street. (The Telegraph)

Britons face fewer choices on their cheese boards this Christmas as worker shortages force supermarkets to cut back on varieties. (The Telegraph)

A pig farmer who fears he may have to destroy 80 animals a week due to a shortage of butchers says the army may need to be called in to help. (Sky News)

From Britain’s farmyards to its shop shelves, confidence is in short supply. Amid warnings of shortages and culls, farmers, grocers and shoppers in Norfolk talk about how the crisis is affecting them. (The Guardian)

From garlic-infused pellets to face masks — the lengths employed by farmers to cut greenhouse gas emissions. With climate change and the substantial greenhouse gas emissions from livestock coming under increasing scrutiny, many farmers and scientists are looking for affordable solutions that might make meat and dairy greener. (The Financial Times £)

Nestlé and Unilever play catch-up as vegan food booms. Plant-based food is on the menu for the big producers as demand soars. (The Times £)

UK supermarket chain Asda is rolling out its rapid delivery to 100 stores, joining peers such as J Sainsbury and Wm Morrison. All compete with a bevy of start-ups, including Getir and Zapp. Appealing as it is to have a tub of ice cream delivered to your door at midnight, costs attach. One is environmental. Another is margins.” (The Financial Times £)

Hotel Chocolat’s digital model and at-home product sales growth delivers robust results, despite high-street stores being closed for half the year, writes Christopher Akers. Given the number of companies highlighting the deleterious impact of supply chain issues and inflationary pressures, it was almost shocking that Hotel Chocolat did not announce such problems in its full-year results to June 27. (The Financial Times £)