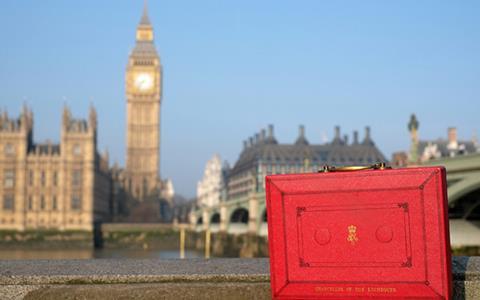 A fresh round of high street bloodletting is expected after major chains, who are closing stores and shedding jobs, were overlooked by emergency business rates cuts (The Guardian). Tens of thousands of England’s retail, leisure and hospitality firms will not pay any business rates in the coming year, the chancellor has announced (The BBC).

The chancellor threw a lifeline to the Scotch whisky industry by pledging to lobby the US government to remove “harmful” tariffs as he froze duty on all alcoholic beverages, including spirits, for a year (The Financial Times £). Rishi Sunak has offered a cocktail of measures to boost the spirits of pubs and drinkers affected by coronavirus and economic uncertainty (The BBC).

But big business was hit when the Chancellor confirmed that a planned cut to corporation tax would be scrapped – handing firms a £32billion bill over the next five years. (The Daily Mail)

Buying a distant number three player is not the obvious way for PepsiCo to get its energy drink buzz. Rockstar, with its distinctive black and gold logo, has less than 6 per cent of the market in the US. The challenges are reflected in the price… Rockstar is a fixer-upper. With a bit of hard work, the purchase could end up being a well-timed bargain. (The Financial Times £)

Shepherd Neame, the Kent brewer and pub operator, said that although it was concerned about the impact of Covid-19, it had “seen no discernible change in customer behaviour”. (The Times £)