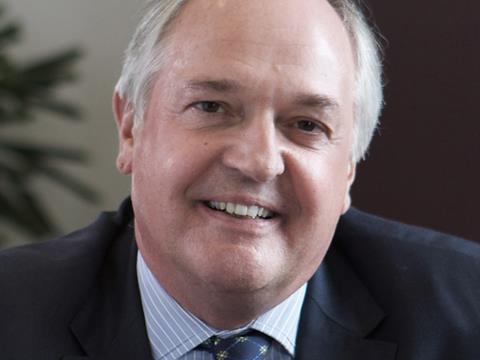 Paul Polman, the former head of Unilever, took home €11.7m, including an annual bonus of nearly €2m, in a year in which the company faced heavy criticism over its since-abandoned simplification strategy (The Times £). Polman was paid a total of €11.7m (£10m) for his final year at the company, a combination of his fixed salary, an annual bonus and long-term incentives (The Telegraph). Polman’s bumper pay package comes after he was forced to abandon plans to move Unilever’s headquarters from London to Rotterdam following a massive shareholder revolt (The Daily Mail).

The pound has climbed sharply as Theresa May claims victory in her bid to win legally binding changes to the backstop element of her Brexit deal (Sky News). Sterling has risen strongly on hopes of a Brexit agreement after Theresa May said she had agreed “legally binding” changes to her deal (The BBC).

UK firms are being warned EU companies plan to make them foot the bill if Brexit results in delayed orders. The study of supply chain managers was released as the Brexit process enters another critical week in parliament - with MPs due to vote tonight on Theresa May’s deal with Brussels. (Sky News)

Smart speakers, baking trays and shop-bought popcorn are among the items that have been added to the UK’s inflation basket in an annual update that reflects changes in consumer behaviour (The Financial Times £). The popularity of the Great British Bake Off has helped put baking tins and trays into the basket of goods and services used to calculate inflation, while envelopes and washing power have fallen by the wayside (The Telegraph). Bakeware, smart speakers and flavoured teas added to inflation shopping basket (Sky News).

The Japanese food chain Wasabi is in talks to sell a stake for the first time in its 16-year history. New funding will act as a vital growth engine for the sushi and bento seller’s parent company, which manages the outlets along with a handful of Kimchee outlets and an Asian-inspired bakery in Cambridge. (The Telegraph)

The high street “Armageddon” that has seen almost 20,000 stores close since 2015 and 93,000 jobs lost last year will continue unless business rates are cut, the head of the British Retail Consortium has warned. (The Telegraph)

Britain’s warmest-ever February failed to boost the number of shoppers as footfall figures for the month reached their lowest level in half a decade. (The Telegraph)

The freak February heatwave provided rare cheer for the struggling UK pub trade as Britons sought out beer gardens to soak up the sunshine. The monthly snapshot of trading at major chains, including All Bar One, Yates’s and Chef & Brewer, recorded growth of 1.4% at pubs open for more than one year. (The Guardian)

Amazon’s purchase of fancy organic food retailer Whole Foods two years ago left the world’s grocery industry quaking. Yet Amazon’s experiment has yet to contribute much to the group’s rapid earnings growth. Sales at physical stores fell 3% in the past quarter. (The Financial Times £)

Landlords adapt to counter rise of online retailers, writes The Financial Times (£). While the solution until recently has been to replace retailers with food and beverage brands, landlords are also thinking creatively about using their redundant space.

Shoppers at Argos will now be able to pick out and buy items by taking a picture with their smartphone camera, the retailer announced on Monday. (The Telegraph)

US consumers reopened their wallets ever so cautiously again in January to help drag retail sales out from its sharpest decline in almost a decade. Retail sales in the world’s most important economy grew 0.2% month-on-month in January, the Commerce Department said on Monday. (The Financial Times £)