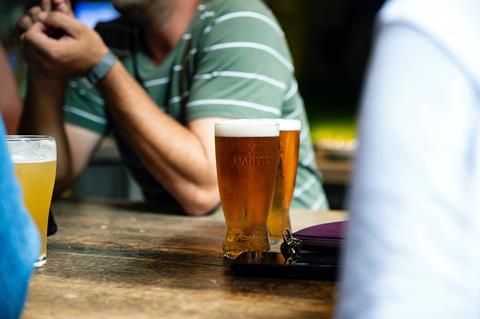 High streets, shopping centres and retail parks across England opened their doors on Monday for the first time in more than three months as the cold weather failed to put off the more determined shoppers (The Financial Times £).

The number of people out and about by 3pm on Monday more than doubled compared with the previous Monday and was just over a quarter lower than 2019 levels, according to analysts at Springboard (The Guardian).

Many consumers remained apprehensive about indulging in retail therapy as thousands of shops finally reopened on Monday after months of hibernation (The Telegraph).

“Shoppers rush out for their retail fix, but will they keep spending?,” The Guardian asks.

Barclaycard said that spending on essential items increased by 7.7% in the two years to March, the highest growth registered this year. This was driven by a 71.4% rise in spending on food and drink (The Times £).

“Yet for all the hype and excitement in the run-up to the latest road map milestone, in which pub gardens and shops opened for the first time in months, it wasn’t reflected in the share prices of London’s listed retail stocks,” The Times (£) writes in a market report.

The UK economy edged higher in February, helped by a partial rebound in trade with the EU as businesses learnt to deal with lockdown and new Brexit border restrictions (The Financial Times £).

The economy will bounce back like a coiled spring after people rushed back to pubs, shops, hairdressers and gyms yesterday, experts claimed (The Mail).

Dessert and sweet treat retailer Cake Box has declared its intentions to open another 52 stores following a strong year which saw online sales grow by 84% (The Mail).

The East London Liquor Company has launched a crowdfunding campaign to capitalise on optimism around hospitality’s reopening (The Mail).

Hammerson, the owner of Birmingham’s Bullring, has confirmed that it is in talks to sell its seven UK retail parks to Canadian private equity firm Brookfield as it tries to shore up its finances (The Mail).

Shopping for non-food goods at a bricks and mortar retailer is twice as polluting as buying online, a study commissioned by Amazon claims (The Times £).

Ozon, Russia’s second-largest ecommerce player, will expand into financial services and groceries as it squares off against emerging rivals from the country’s finance and tech sectors who also want a piece of the rapidly growing market (The Financial Times £).

Alibaba shares rose sharply on Monday after the ecommerce group founded by billionaire Jack Ma said a record $2.8bn fine at the weekend marked the end of an antitrust investigation into the company (The Financial Times £).

Top executives at the company, founded by the billionaire Jack Ma, told investors that while Chinese regulators continued a wider investigation into the sprawling conglomerates in the country’s tech industry, they believed the multibillion-dollar fine announced at the weekend marked the end of the focus on Alibaba (The Guardian).