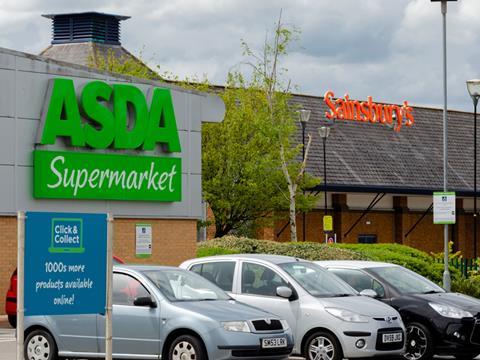 “Sainsbury’s hit by Asda deal doubts” is the headline in the The Times after the pair launched a legal challenge against the CMA’s investigation timetable. Shares in Sainsbury’s fell by more than 7% yesterday amid growing concerns that its £12bn merger with Asda could be scuppered by regulators (The Times £). Sainsbury’s shareholders have been spooked after the supermarket and its £12bn merger partner Asda launched a legal challenge against the competition watchdog for refusing to give them enough time to argue their case (The Telegraph).

“The CMA is picking the wrong fight with Sainsbury’s and Asda,” writes Alex Brummer in the Mail. “Grocery and fuel bills are too important a part of ordinary household budgets, especially those of less well-off citizens, to be railroaded. The CMA should climb down from its high horse.” (The Daily Mail)

The chief executive of France’s Pernod Ricard rejected activist investor Elliott Management’s charge that the group is a perennial under-performer with weak margins, defending his family company as “a beautiful success story” focused on long-term value creation (The Financial Times £). A cut-throat hedge fund is demanding changes at Pernod Ricard after building a stake of more than 2.5% (The Daily Mail).

The FT’s Lex column writes: “A Machiavellian approach is advisable in dealing with Elliott. Mr Ricard does not need to choose between caving to the hedgy or whipping up a protectionist frenzy. A mix of both approaches could serve his own interests in making reforms within this federated business.” (The Financial Times £)

The tobacco company behind the Newport brand has insisted that it is “well placed” to handle a potential ban on menthol cigarettes in the United States. (The Times £)

The pound has reacted positively after Theresa May saw off a Tory vote of confidence in her leadership - but wobbled when the size of her majority became clear (Sky News). The pound has slipped back from its highs of earlier on Wednesday even though Prime Minister Theresa May won the vote of confidence in her leadership (The BBC).

“Cancel Christmas. The dark clouds are gathering over the high street, prompting predictions of a festive wipeout. For the growing number of stragglers it could prove fatal.” (The Telegraph)

Honduran farmers flee the effects of climate change, writes The FT. Worsening production and financial despair drive migration to the US. (The Financial Times £)