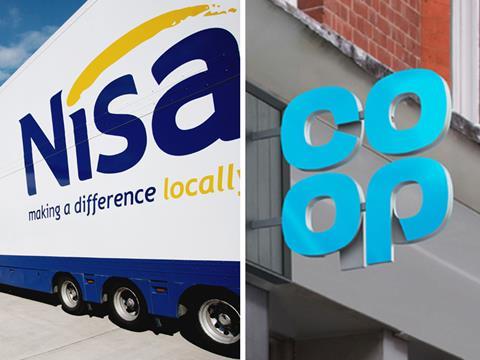 A green light for the Co-op takeover of Nisa is the main grocery story in this morning’s papers. The Co-operative Group’s £143m takeover of corner shop chain Nisa has been narrowly approved by members, despite the efforts of a small group of rebels to disrupt the vote, The Telegraph writes. The Co-op won 75.79% of Nisa members’ votes at the meeting at Leeds United FC’s group Elland Road, just above the 75% threshold needed for the deal to go ahead, The Financial Times adds. There was a sense of relief at Nisa, with the meeting described as “fairly orderly” after a series of stormy shareholder meetings, The Guardian writes. About 60 members turned up, with the rest casting proxy votes online. Under the tie-up, subject to approval from competition authorities, the Co-op will add Nisa’s 3,200 stores to its 3,800 branches and will take on Nisa’s £105m of debts, The Times says.

Coca-Cola Hellenic Bottling Company lost its fizz on the FTSE 100 after analysts questioned whether the market had overegged the benefits of a rumoured plan to take control of Africa’s largest bottler, The Times says in a market update.

Most of the UK’s biggest supermarket chains are falling short on measures to reduce the use of antibiotics in the production of the meat and animal products they sell, campaigners have warned, with potentially harmful impacts on human health (The Guardian).

Amazon is demanding that one of its main grocery delivery partners radically changes how it treats its workers after The Telegraph uncovered a punitive regime that left many drivers earning less than the minimum wage. An investigation by the paper exposed a catalogue of penalties that SEP Logistics, which delivers Amazon’s Fresh and Prime Now goods across London, imposes on employees, including a £100 fine for “early” deliveries.

Anheuser Busch InBev is hoping to stem the fall in US beer sales by appointing a new head for North America, its most important market, The Financial Times reports. Michel Doukeris – chief sales officer of the company behind Budweiser, Stella Artois and Corona beers – is to replace João Castro Neves, an AB InBev veteran who has spent just two years in the job, on 1 January.

One of the biggest studies of its kind suggests that a handful of hazelnuts, cashews, pistachios or Brazil nuts five times a week cuts the risk of heart disease by up to a quarter (The Times).

Freer-spending Americans and strong demand for meat from a growing global middle class helped Tyson Foods deliver another set of forecast-busting results for its fiscal fourth quarter, The Financial Times writes. Shares in the US meat processor jumped 3% in pre-market trading as investors cheered a 10.8% rise in sales to $10.1bn and a near 50% jump in adjusted net income.

A Jardine Matheson company has paid $616.6m for a 5.53 per cent stake in Vinamilk, Vietnam’s largest listed company and dairy group (The Financial Times).