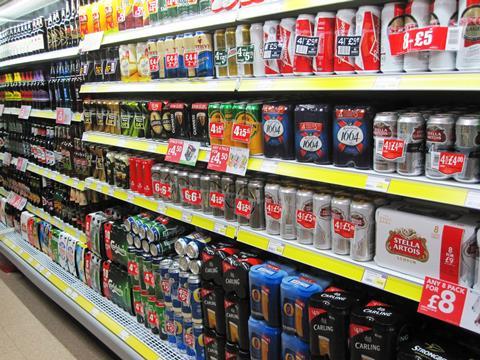 Britons spent an extra £261m on alcohol in grocery stores last month as the government’s eat out to help out scheme came to an end and a 10pm curfew on pubs and bars began (The Guardian). Alcohol sales at supermarkets soared in recent weeks after the Government imposed a 10pm curfew on pubs and bars across the country (The Telegraph). Supermarkets recorded their busiest week since March as families prepared for new lockdown restrictions (The Daily Mail). Shoppers have increased their purchases of alcohol, toilet rolls and flour as tighter coronavirus restrictions loom and the 10pm pub curfew kicks in, according to industry data (Sky News). Online grocery sales soared by over three-quarters last month as shoppers eat and booze more at home (The Daily Mail).

A UK union has warned Amazon’s Prime Day sale could be a “hive of infection” after eight people tested positive for Covid-19 at a warehouse in Coventry. The GMB union said the retailer had cut corners on social distancing and the site was “crammed” with workers. (The BBC)

Fulfilment will be key for new Tesco boss, writes The Times. “The new Tesco boss has enough to keep him busy in the next couple of months as he will be focused on Christmas, navigating Brexit and then returning a bumper special dividend. After that, though, he’ll have to come up with a more exciting way to boost the share price.” (The Times £)

Liverpool pubs air frustrations over harsher lockdown measures - ‘it’s like a death’. Landlord Kate Stewart says there is “no light at the end of the tunnel” as it is not clear how long the restrictions will last. (Sky News)

Companies have just one week to disclose incorrect claims made on the state furlough scheme or risk being subjected to a “gloves off” investigation by the tax authority. (The Times £)

When the Kraft company responsible for America’s favorite mac and cheese set up a promotion asking people to “send noodz”, they thought customers might see the funny side of their pun. Instead, their Instagram was quickly flooded by parents lamenting the company for sexualizing mac and cheese. (The Guardian)

Ten people, including a senior operations manager at Uber in Italy, are under investigation over the alleged exploitation of vulnerable migrant workers by the company’s food-delivery arm, prosecutors have said. (The Guardian)

The coronavirus crisis has transferred online billions in payments previously made in person, while people who earlier paid with cards are turning to contact-free methods like digital wallets and QR codes, the black-and-white codes that can be read by mobile phones. (The Financial Times £)

Tata Group is in talks to tie up with Indian online groceries unicorn Big Basket, as the conglomerate attempts to catch up with rivals including Amazon and Mukesh Ambani’s rapidly expanding retail empire. (The Financial Times £)