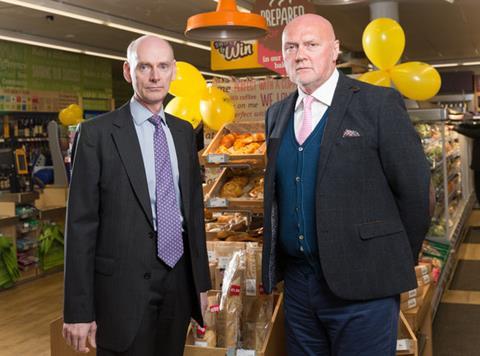 A row “threatening to tear apart the already battered co-operative movement” is set to be defused today with the Co-op Group board expected to look favourably on a last-ditch compromise deal to satisfy rebel independent co-operatives. (The Times £)

Co-op member representatives agreed a year ago to replace the Co-op’s 22-strong board of members with a plc-style one half the size that included executives. A 100-strong council of members was created that retained the right to nominate candidates for three directorships. However, the election process has been “thrown into controversy” after Midcounties threatened to take legal action to block the appointment of these directors. (The Financial Times £)

Meanwhile, the boss of the Co-op Group has said the mutual was “let down” by former management as he prepares for a tense showdown with members. Speaking ahead of the AGM in Manchester on Saturday, chief executive Richard Pennycook blamed former executives for the difficult predicament the 150-year-old group now finds itself in. He told the BBC: “We let the co-operative movement down in a fairly significant way, after 150 proud years where the Co-op had a reputation for doing the right thing.” (The Daily Mail)

Elsewhere, Poundworld has agreed to a £150m takeover by private equity firm TPG after a “wave of activity in the budget retail sector”. (The Telegraph)

The deal will see Chris Edwards, who founded the business more than 40 years ago from a market stall, and his son Christopher Edwards junior, who continue to own the business become multimillionaires. However, the pair, along with other senior executives, will retain a substantial minority stake in the business. (The Financial Times £)

The a deal, which could net the two brothers “who began their business career on a market stall in Yorkshire” as much as £100m, is “a sign of the rising profitability of cut-price stores that undercut supermarkets” (The Times £)

The Poundworld takeover has led to The Telegraph creating a gallery looking back at how “Pound shops have taken over the UK high street”. (The Telegraph).

The UK’s largest union has written to supermarket bosses asking for one-to-one meetings to “explore constructive avenues to secure jobs”. Unite said it had written to Tesco, Asda, Morrisons, Sainsbury’s, Marks & Spencer, the Co-op, Spar and Musgrave, the Irish owner of Budgens, as major groups cut jobs and workers’ terms and conditions. (The Guardian)

The Telegraph says it’s too early to return M&S’s crown as king of the high street. “The high street retailer has done much to change its ways - but still has much to do”, it writes. (The Telegraph)

Living wage campaigners are asking “tough questions” of some of Britain’s biggest retailers after Next bosses were pressed at its AGM on how they would ensure staff were paid enough to have a good standard of living. (The Guardian)

Consumer goods group Reckitt Benckiser is causing consternation in the west of Canada after gaining a reputation as a “rampant land-grabber”. For the past nine years, the London-listed company has been buying large areas of land in British Columbia to offset its carbon emissions. (The Financial Times £)