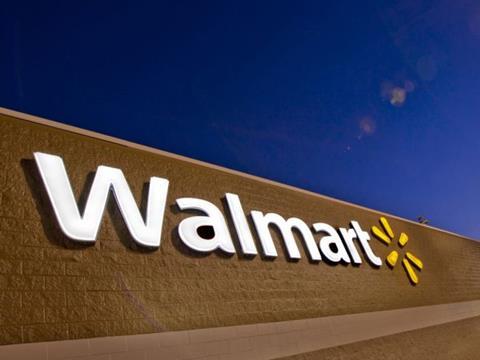 US supermarket chain Walmart upped its annual profits forecast on the back of higher quarterly sales, brushing off trade tension and turmoil for the retail sector. The owner of Asda, benefited from strong growth in the US, its domestic market, while internationally sales proved weaker (The Financial Times £). Wlamart, the largest global retailer by sales, reported revenues of $128bn in the third quarter while profits jumped to $3.3bn (The Times £).

In an opinion piece, the FT claims Walmart results are all the more impressive given the retailer was able to survive the ’Amazon-geddon’ with its turnaround proving that retailers can survive by maintaining the old tried-and-tested model (The Financial Times £).

Figures from the Office for National Statistics showed UK retail sales dipped 0.1% in October compared to the previous month, increasing fears of an economical slowdown (The Financial Times £). Retail sales have now failed to grow for the last three consecutive months, marking their worst run rate since 2016 (The Telegraph). City analysts had expected sales to rise 0.1%, fuelled by heavy discounting as retailers hope to attract shoppers in the all-important “Golden Quarter” (The Guardian).

PureCircle CEO Magomet Malsagov temporarily stepped down from the stevia maker’s board after an investigation of the company’s book-keeping discovered proof of possible wrongdoing (The Times).

Sales of Guinness and red wine were boosted by this year’s cooler summer weather, according to pub chain Young’s. For the six months to the end of September, the chain reported overall drinks sales up 6.4%, with red wine rising 7.9% and Guinness sales jumping 18.4% (The Financial Times £).

CEO Patrick Dardis issued a stark warning on the prospect of a Labour government to be voted in office next month, stating that a Corbyn-led government would “crucify” the economy. He also claimed the timing on the general election comes at a crucial timing for Young’s as the chain prepares for the Christmas period (The Telegraph).

McDonald will launch an “evolved” version of its paper straws across Europe after receiving consumer backlash for its soggy and dissolving straws (Sky News).

John Lewis has released its first Christmas advert in collaboration with sister chain Waitrose. The ad features Edgar, an excitable baby dragon who accidentally ends up creating chaos in the village as it cannot stop spurting fire (The Guardian). The cheery finale sees Edgar making amends by using its fire to cook a Christmas pudding to share with the rest of the village (Sky News).

UK-based Mexican restaurant chain Chilango appointed restructuring firm RMS to discuss its future options including administration or company voluntary arrangement (The Telegraph). Thousands of investors that bought Chilango’s ‘burrito bonds’ helping the chain raise millions of pound could face heavy losses (The Guardian). The chain operated 12 restaurants across the UK, ten of which in London (The Times).

Alibaba will launch a secondary share offer in Hong Kong restoring faith in the market despite the ongoing protests. The Chinese online retailer will kick-off what is described as the world’s largest IPO with final pricing to be announced on 20 November (The Financial Times £). Alibaba hopes to raise $13.4bn in its secondary listing making it the biggest this year (The BBC).