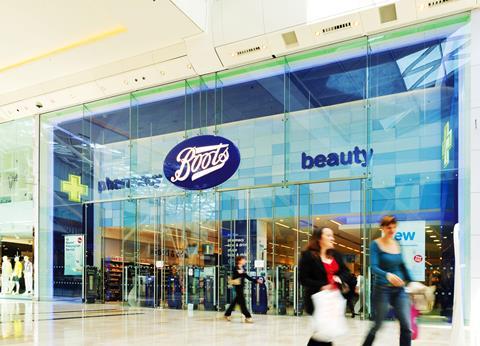 The bid battle for Boots is expected to stretch into the next month at least after the three remaining suitors for the health and beauty chain requested more information on recent trading. (The Times £)

The American owner of Boots has extracted more than $5.3 billion (£4.3bn) of dividends from its UK holding companies despite raking in hundreds of millions of pounds of government support and slashing jobs during the pandemic. (The Times £)

Boris Johnson has shelved plans to ban multibuy deals on unhealthy food in supermarkets after concluding that it would hit British consumers’ wallets during a broader cost of living crisis (The Financial Times £). The government is to delay a ban on “buy one get one free” deals on junk food and a pre-9pm watershed for TV advertising, as Boris Johnson puts the cost of living crisis before a promise to tackle the UK’s growing obesity problem (The Guardian). The government has delayed plans to crackdown on unhealthy food deals and TV adverts for junk food for a year (Sky News).

Boris Johnson is already facing a growing backlash within his party over his decision to shelve a plan to ban “buy-one-get-one-free” supermarket deals and pre-watershed TV advertising for junk food. (The Guardian)

The decision to delay a ban on supermarket offers, including “buy-one-get-one-free” deals on junk food, could “blow a hole” in the government’s obesity strategy, a former health minister has warned. (The Guardian)

The growing threat hackers pose to businesses has led Tesco to conduct a cyberattack stress test for the first time, which found that a breach could cost it up to £2.4bn in fines. (The Times £)

Tesco has been criticised for paying its chief executive £4.75m last year, including the highest annual bonus awarded by the supermarket since 2016, as families struggle with rising food costs (The Guardian). The boss of Tesco picked up a bumper pay deal totalling £4.74m over the last year, which comes as official figures showed the number of people buying less food has increased over the past month due to surging inflation and the worsening cost of living (Sky News).

Households have been warned that the UK’s “golden era” of cheap food is over, as official figures published on Friday pointed to the toll of the cost of living crisis, with two in five people buying less food to get by. (The Guardian)

The UK’s “golden era” of cheap food is coming to an end, the former Sainsbury’s boss Justin King has warned, saying households should be prepared for higher grocery bills in the long term. (The Guardian)

Fish fingers sold in most UK supermarkets use whitefish caught by Russian ships, despite many chains pledging to boycott Russian produce. While supermarkets have taken steps to signal their solidarity with Ukraine, rebranding their chicken kievs as kyivs and taking Russian vodka off the shelves, they have carried on buying its fish. (The Guardian)

UK fish and chip shops are branching out into lesser-known species, such as hake or sea trout, and offering smaller portions, as the rising price of often Russian-caught fish pushes makers of the classic British meal to the point of closure (The Financial Times £). Business leaders in the fish and chip industry are calling on the government to offer a “long-term strategy” to their food shortages crisis - or face a third of chippies closing (Sky News).

Dalton Philips, former chief executive of Morrisons, has been appointed to lead Greencore, the convenience food group. (The Times £)

The former chief executive of McColl’s pocketed more than half a million pounds despite leaving the company just over a month before it collapsed. Jonathan Miller was paid £561,500 as part of his exit package as the convenience store chain struggled to repay nearly £100m in loans. (The Daily Mail)

Fast food chain McDonald’s is under fire for its reliance on antibiotics used in beef farming that critics warn is contributing to a public health crisis. (The Daily Mail)

Goodbye to the golden age of consumer choice, writes The FT. As inflation raises supermarket prices, higher interest rates will curb investment in innovation. “As more shoppers retrench, start-ups will find it harder to push or pay their way on to shelves.” (The Financial Times £)

Dog-grooming salons, vegetarian restaurants and micro-breweries are popping up in increasing numbers on high streets as young workers and families flock to independent shops. (The Times £)

Landlords and local councils are scrambling to reinvent and rejuvenate hollowed out malls, which have been further ravaged by the rise of online shopping and coronavirus lockdowns. But the task is tough, demanding substantial investment at a time when falling rents and property valuations have left mall owners strapped for cash. (The Financial Times £)

“An online sales tax would amount to little more than a subsidy to landlords and shops trapped in long, uneconomic leases. And online retailers, however defined, will almost certainly pass on any tax rise to consumers.” (The Financial Times £)

Lawyers for Camelot have warned a brewing legal battle could hit ‘hundreds of thousands’ of good causes funded by the National Lottery. (The Daily Mail)

A young entrepreneur who launched a cannabis-infused gin drink on a £1,000 budget sold the brand for a seven-figure sum just five months later. Sally Wynter began selling her Muhu brand from her bedroom in London in 2019. (The Times £)