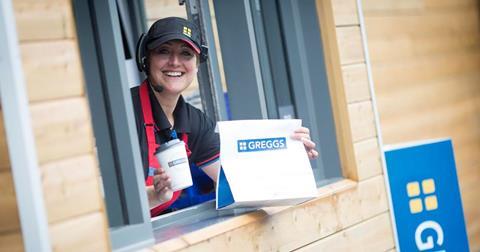 Greggs has announced it will reopen 800 stores for takeaway from this week, but warned it expects lower sales due to strict social distancing measures (The Financial Times £). The baker seeks to reopen all its 2,050 shops by July, but due to the impact of the coronavirus outbreak it has cut the number of new openings planned and is seeking rent reductions across its estate (The Telegraph). Greggs will encourage contactless payments and has reduced its menu to only best-sellers (Sky News). The prospect of reopening after three months lift Greggs shares 5.2% to close at £17.38 yesterday (The Times £).

Poundstrecher landlords have accused the discount chain of using the coronavirus crisis as an excuse to exit unprofitable leases, after a CVA could see around half the chain’s stores shut (The Financial Times £). Poundstrecher is mulling closing half of its stores - up to 253 - in a survival plan if landlords don’t agree to rent cuts or holidays (BBC). KPMG, the firm handling the CVA, said it will seek to “safeguard the future of the business, across a smaller, more sustainable estate”. (The Times £).

John Lewis has been criticised for a lack of diversity at the top - with just six of its 158 senior directors being people of colour. Chair Sharon White vowing to make the retailer more diverse, in light of the recent Black Lives Matter protests across the world (The Telegraph). Employees had reported the lack of diversity and said it had gotten worse due to the recent coronavirus crisis (The Guardian).

More than half of British firms will have to lay off staff once the government furlough scheme runs out in October, a new survey by Yougov suggested. Around 51% of businesses in a survey of 500 were planning to make redundancies within three months of the scheme’s expiry. Only 34 per cent of businesses felt confident that all their staff would be kept on (The Time £).

Bleary-eyed economists did a double-take when the Office for National Statistics released the latest labour market figures yesterday morning. In what came as a surprise to experts, April’s unemployment rate remained close to record lows at 3.9%, edging up by only 0.1% (The Times £).

However, The Guardian writes that The figures released on Tuesday morning by the Office for National Statistics paint a bleak picture of the state of the labour market. After Friday’s news that we are on course for the largest recession in three centuries, today we have learned that the number of people unemployed and claiming benefits is rising faster than at any point in our history.

Americans went on a shopping spree last month that produced a record-breaking rise in sales as retailers began to reopen, suggesting that the world’s largest economy is recovering faster than expected from the lockdown (The Times £). US retail sales rebounded by a record 17.7% in May as American consumers began spending and states gradually reopened their economies following the pandemic lockdowns (The Financial Times £).