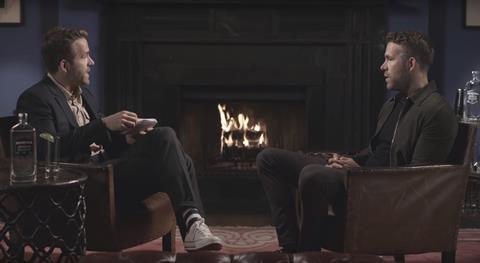 Actor Ryan Reynolds is the latest Hollywood celebrity to strike a deal with Diageo after selling his Aviation American Gin brand to the drinks giant for $610m (The Financial Times £).

Reynolds, the Canadian star of the Deadpool films, bought a stake in Aviation gin in February 2018 and will retain an interest in the business (The Guardian).

Reynolds has signed an agreement to continue working on its marketing for the next decade (The Mail).

Seventy-two people have tested positive for coronavirus at a Bakkavor dessert factory in Nottinghamshire (Sky News).

UK meat processor Cranswick has raised its outlook after sales during lockdown jumped by a quarter, as a surge in demand from people cooking at home more than offset the loss of trade from restaurants (The Financial Times £).

Revenue was up by 24.8 per cent on the previous year in the 13 weeks to June 27. Stripping out the impact of acquisitions, it was up 19.2 per cent on a comparable basis (The Times £).

The company, which owns farms and supplies pork and chicken to UK grocers, is emerging as one of the business winners from the coronavirus pandemic (The Mail).

Bosses of chains including Tesco and Waitrose reveal the Herculean efforts and unprecedented collaboration that stopped supplies running out during the coronavirus crisis in a special report in The Telegraph.

Supermarkets are ready for a second wave of Covid-19 – but still fear a no-deal Brexit (The Telegraph). Supply chain planning to cope with a disorderly EU departure helped grocers cope with the pressure of the crisis – and those still to come.

British American Tobacco is considering a potential sale of its London headquarters to raise more than £250m (The Times £). The owner of Dunhill and Lucky Strike cigarettes said it was considering a sale-and-leaseback deal for its head office in Westminster.

Sales of vitamin and mineral supplements have risen sharply during the pandemic, boosting consumer goods multinationals such as Nestlé, Procter & Gamble and Reckitt Benckiser that have piled into the sector in recent years (The Financial Times £). US dietary supplement sales were 16.7% higher than a year ago in the four weeks to July 11 at £781m, according to data provider Nielsen, having risen as much as 51.2% in March as Covid-19 spread.

Scientists have found a way of enriching milk chocolate with the potentially beneficial antioxidants usually associated with the bitter dark variety (The Times £).

The Financial Times (£) writes that the coronavirus crisis is fueling interest in vertical farming, with crops grown in nine-metre tall towers potentially pointing the way to the future of food production.

The Post Office is to appoint a serving postmaster to its board as it seeks to move on from the IT scandal that led to the wrongful imprisonment of some branch managers (The Times £).

Steve Easterbrook, the British former boss of McDonald’s, sacked last year by the fast-food chain after an affair with an employee, has claimed the company had evidence of his relationships as he launched his bid to hold on to a £30m payoff (The Times £).

Consumer confidence deteriorated again in August after rebounding sharply when the lockdown was first eased, according to a closely watched survey by IHS Markit (The Times £).

The IHS Markit UK household finance index fell following steady increases through May, June and July as households, which had become less pessimistic during these three months became gloomier about their personal finances (The Guardian).

Shoppers abandoned the high street in the heatwave as overall visits to retail destinations remained far short of pre-pandemic levels (The Times £). Springboard said the number of shoppers in high streets fell by 0.5% last week and was 39.2% down on the same period a year ago.

The capital of China’s southern Guangdong province has suspended imports of frozen meat, fish and seafood from coronavirus-hit countries, as Beijing intensifies scrutiny of refrigerated food as a possible carrier of the disease (The Financial Times £).