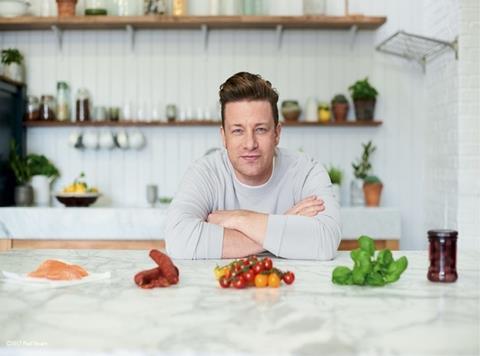 Food industry ambassador and celebrity Chef Jamie Oliver’s restaurant chain has collapsed into administration and all but three of the 25 venues operated by Jamie Oliver Restaurant Group have closed, (The Financial Times £). The Daily Telegraph says HSBC and Brakes will go after Oliver personally because he provided personal guarantees to them after a previous restructuring. Another article in The Daily Telegraph comments on “the naked truth behind the downfall of Jamie Oliver’s restaurant chains. The Mail says Oliver has netted £240m during his 20 years in the public eye. The Guardian publishes a list of the closures. A second article in The Guardian says the restaurants struggled for relevance as the rise of food delivery services led the charge. The Independent carries a video piece on the story and has another article on the “rise and fall” of Oliver’s food empire The Independent. Sky News focuses on the 1,000 redundancies. It also analyses the dwindling appetite for casual dining, (Sky News). The growth of takeaway apps have contributed to the impact on many casual dining chains which the latest Market Growth Monitor by CGA and AlixPartners shows are in decline.

Majestic Wine put out a statement after speculation that Opcapita, which drove Comet into the ground, is on a shortlist of bidders for the retailers’ shops (The Daily Mail), The group said it continued to review all options and there remained no certainty that the sale would proceed, nor as to the terms.

Stephen Clarke, chief executive of WH Smith, will step down in October to be replaced by Carl Cowling, who heads the chain’s high street business. The group announced his departure alongside a trading update in which it said like-for-like sales rose 1% compared with a year earlier, all the media outlets report this morning, including The Financial Times (£) and The Times (£). The Daily Telegraph says Cowling has big shoes to fill. The Daily Mail notes that the chain is still expanding with 20 new locations in the pipeline and that hospital stores will overtake the railway station shops to become the second-biggest niche by revenue this year.

The Confederation of British Industry reports that manufacturers have built up stocks of finished goods to levels not seen since the financial crisis, but new orders are at their lowest level in more than two years (The Times £). A balance of -10% of businesses reported a rise in new orders in the three months to May, compared with -5% three months ago, the CBI’s latest industrial trends survey, shows.

Value Act founder Jeff Ubben, has joined the board of agricultural technology start-up AppHarvest in his quest for investment in companies focused on food’s future (The Financial Times £). AppHarvest is building a giant greenhouse in eastern Kentucky where it intends to grow tomatoes and cucumbers using water-efficient, pesticide-free growing methods to sell to grocers across the US. The move would cut down reliance on imports and long-distance travel for produce.

The Financial Times (£) comments on the extent to which other technology groups are following Amazon in becoming vertically integrated. It notes that everything the online behemoth does impacts rivals – for example its lead of a $575m funding round for Deliveroo, hurting the food delivery company’s rivals. Vertical integration is growing as platforms mature, it says, with the meal delivery industry just one example of this. The writer says the shift to integration by technology companies requires close scrutiny by competition authorities. He says the latest burst of dealmaking tells a story of technology platforms “losing control”.

Another article in the The Financial Times (£) notes how technology companies around the world are seizing on food delivery as a way to become indispensable to their customers, such as Meituan Dianping and Didi Chuxing in China, Grad and Go-Jek in south-east Asia and Yandex in Russia, for which food delivery has become the essential component on a drive to deliver a full range of home services. The Financial Times (£) quotes Michael Ronen, managing partner at SoftBank Investment Advisers, who says the success of Uber Eats, DoorDash and others suggests there is a demographic shift towards consumption of prepared meals at home. The time is now to try and stand up supply that is more efficient against that demand, he says.

The City People column in The Times (£) scoffs at Unite’s claim that the North West is facing a “crisp famine” after the Eddie Stobart lorry drivers who delivery Walkers Crisps voted for strike action.

The African swine fever epidemic in China proved beneficial to Cranswick because of higher prices in Asia. Its exports to the Far East rose 16% with like-for-like exports up 3% in the past year, reports The Times (£). Revenues fell by 1.9% to £1.44bn. Pre-tax profit fell £1.5m to £86.5m in the year to March 31.

Federal labour prosecutors in Brazil are investigating racism and harassment claims against McDonald’s in the South American country, reports The Guardian.