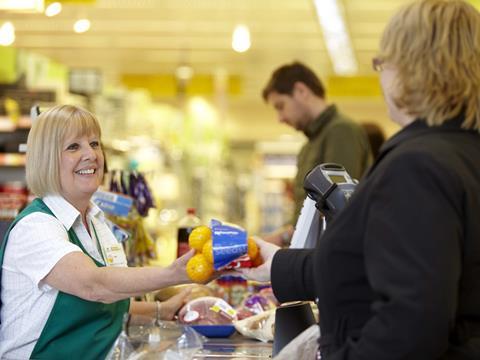 Rising inflation has sent household confidence into a decline that threatens to drag down the economy, separate surveys have warned. Families are more pessimistic about their finances than at any point in the past three years, with household budgets under as much pressure as they have been since late 2014, according to IHS Markit. Research by the Bank of England, meanwhile, indicates that consumer demand is waning. (The Times £)

The UK retail sector is “sailing into a perfect storm”, according to the Telegraph, which examines the pressures facing the industry as bellwether Next is due to return to recession-stricken times with its first fall in profits since the crisis and John Lewis, long held up as a bastion of the industry, is cutting jobs and its famous staff bonus in order to safeguard its future. (The Telegraph)

The Guardian follows up The Grocer’s story on the dispute between Tesco and Heineken, writing: “Fans of Heineken beers including Amstel, Sol and Kingfisher will not be able to find them in Tesco for the foreseeable future after the supermarket refused to accept price increases the brewer blamed on Brexit and the budget.” (The Guardian)

The Bank of England has placed the Co-op Bank under “intensive supervision” as survival options for the ethically-based lender dwindle. The BBC understands contingency plans to ensure the “orderly failure” of the 150 year old bank are well advanced. (The BBC)

MPs warn system for preventing cyber attacks against banks needs to be overhauled in wake of Tesco hack. (The Telegraph)

UK industries from fashion to aviation face “serious harm” if the UK fails to reach a comprehensive free trade agreement with the European Union, peers have warned. (Sky News)

Gambling debts, prostitutes, and theft from a battered women’s charity were some of the admissions made by the former chairman of Dean Foods as he testified that he was “enamoured” of sports gambler William “Billy” Walters and provided him “extensive” information about the dairy giant’s secret plans to spin off a business line. (The Financial Times £)